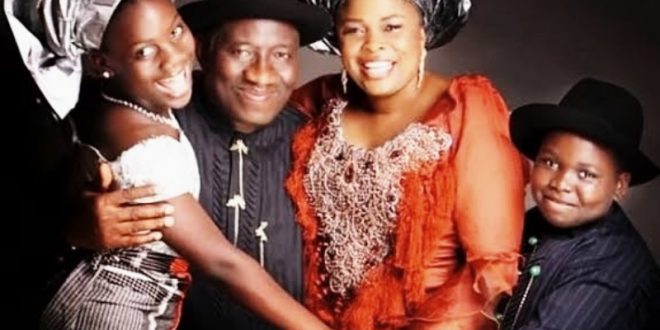 Idowu Hamed June 17, 2020 HEADLINE, METROLINE, NEWS Comments Off on How I Met And Fell In Love With Goodluck Jonathan – Patience Jonathan 110 Views

BAYELSA: The former First Lady Patience Faka Jonathan has disclosed how she met and fell in love with the former President Goodluck Ebele Jonathan.

Patience Faka Jonathan revealed that “We first met at the Rivers State College of Education, Port-Harcourt, where I was a student. He was my Biology lecturer. Later, he left for the University of Port Harcourt to pursue his Ph.D. 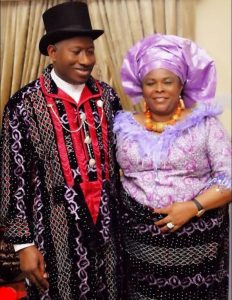 “We met again at the University of Port Harcourt when I went for my undergraduate degree. That was where our relationship began. He took a keen interest in me because I was a brilliant and smart student.”

She stated further, “It was love at first sight on his part. But it never crossed my mind that it would lead to a serious relationship. My first impression of him was ‘this tall, dark, handsome young man’.

“Further interaction with him also revealed that he came from a good Christian home just like I did. His humble and gentle disposition caught my attention and most importantly, his intelligence.”