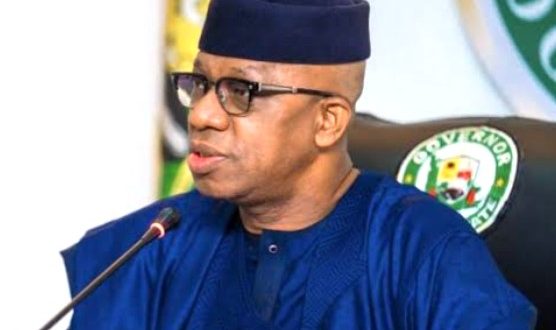 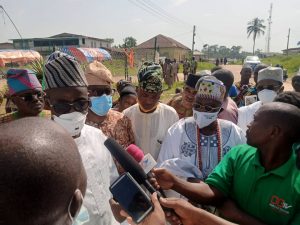 Speaking during the Commissioning,Ogun State Governor, Prince Dapo Abiodun ably represented by the Honourable Commissioner for Local Government and Chieftaincy, Hon. Afolabi Afuape said during our Electioneering campaign we promise a New Local Government for our people, saying he is delighted to commissioned people-oriented projects in Ijebu Ode Local Government.

“We appreciate the people of Ijebu Ode Local Government, especially during the Election as they vote massively for our party, they help this government to be on board, We are in Ijebu Ode Local Government today to Commission people-oriented projects. If not for your help in voting for our party, we would not be able to achieve this laudable projects to be commissioned. ” Abiodun said.

The Governor said other Local Government too has been commissioning various projects at their Local Government, while saying Ijebu Ode Local Government beat their Imagination with this laudable projects, especially in the aspect of empowerment of youths and purchase of walkie talkie to security personnel.

Earlier in his Address, The Transition Chairman, Ijebu Ode Local Government, Engr. Olugbenga Olugbile said he thanked the Governor for the privilege given to him and his Committee member to serve the people at the grassroot.

“You have reposed in us uncommon confidence and trust occasioned by that rare opportunity and from the day we assumed office we were united in our oath of office and allegiance that the trust reposed in us shall not be betrayed. I can assure you that we are completely united in our resolve to be loyal, to support and compliment your programmes for the betterment of our dear state” Olugbile said.

The Chairman further said, “on assumption of office we identified the fact that no society can achieve meaningful economic growth in an environment of insecurity, to this end our administration has ensured that the Local Government remain peaceful and tranquil by strengthening mechanisms of the security agencies and other vigilantee groups so that law abiding citizens could go about their businesses without fear of molestation.”

He then assured that “as a responsive government we are duty bound to alleviate the hardship of our people in line with the mandate of service given to us,” adding that “these laudable projects will no doubt impact positively on the lives of people of the host communities.”

Also speaking, a member of the Governor Advisory Committee, Chief Folorunso Elias said Ijebu Ode Local Government is witnessing another landmark achievement with laudable projects been commissioned in the Local Government, “I want to thank the Governor of the state for being benevolent and also our Council Transition Chairman, Engr Olugbenga Olugbile and his Committee member a job weldone.