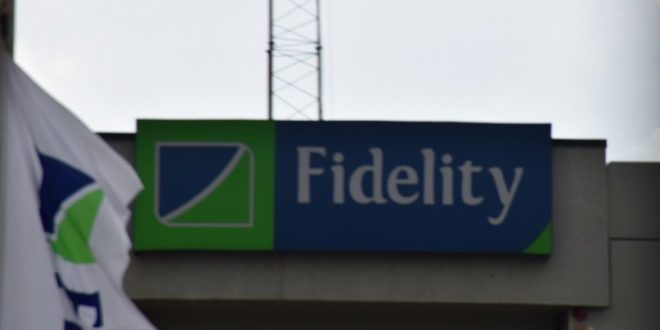 The foremost e-rated commercial financial house, Fidelity Bank has released a statement addressing the viral obscene video which is said to have been seen on a tablet in one of their banking halls in Lagos state.

Fidelity Bank in the release signed and made available to the media by Charles Aigbe, Divisional Head, Brand and Communications, disclosed that the tablets are only provided to enhance the experience of their users, saying; “dishonourable” for customers to visit inappropriate sites, using their platform.

‘‘Apparently, a customer visited an inappropriate site on one of the tablets provided for customers use to perpetrate this unwholesome act.’’

The financial institution however assured that there would be no repeat of the incident, ‘‘if at all it ever happened’’.
The release states as follows: ‘‘Re: False claims stemming from video post – Our attention has been drawn to a social media video featuring an assault on two people at a Fidelity Bank branch in Lagos. The two individuals featured in the video were suspected of ‘‘shoulder surfing’’ to steal customer card details at the ATM.

‘‘The security personnel on duty interceded and they attacked and injured him before the intervention of the Mobile policemen who are seen in the video. No Fidelity Bank official ordered any violence against customers as alleged and there was no incidence of the Branch ATM not dispensing cash. The matter has been reported to the Police and the suspects have been handed over for prosecution.

‘‘Fidelity Bank is customer-centric and we remain committed to providing easy and convenient banking and financial services in a safe environment for our customers and the banking public.’’

Publisher and Editor in Chief - Magazine and Online Tel: 08038525526 - 08023339764 - 08055657329 Email: startrendinter@gmail.com
Previous How UBA Emerged Best Institution In Digital Banking Across Africa
Next Barrister Olubiyi Oladipupo Otegbeye: THE MAN WITH MANY HATS