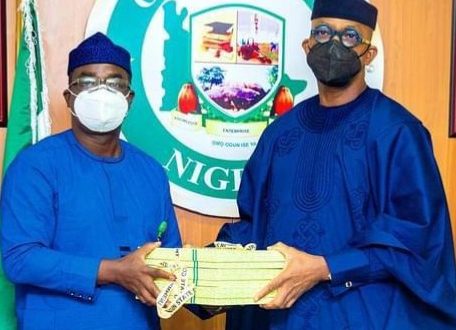 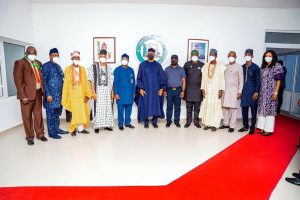 ABEOKUTA – Ogun State Governor, Prince Dapo Abiodun, has said never again should the people of the State allow misunderstanding descend into violence as witnessed in the relationship between indigenes and settlers in all the communities in the State.

Governor Abiodun made this assertion when the Committee on Farmer/Herder Conflict, submitted its report to him in his office at Oke-Mosan, Abeokuta, noting that the recent farmer/herder conflict in some parts of the State negatively affected the peaceful nature which the state was noted for.

While saying urgent steps needed to be taken to address the menace, the governor urged indigenes and those who chose to settle in the State to continue to live in peace as they have done for ages.

Abiodun wondered what would have caused disaffection among them, leading to a face-off, loss of lives, properties, livelihood, while many sustained various degree of wounds in the three affected local government areas – Imeko/Afon, Yewa North and Yewa South. 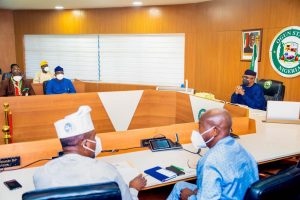 He said the Committee was set up with a mandate to find out the immediate and remote cause of the crisis, quantify the loses from all sides and come up with recommendations on how government could pre-emptive similar occurrences in the future, saying now that we have resolved this “never again should such dastardly skirmishes be allowed.”

According to the Governor, “this Committee was set up by government to basically look into what happened, quantify the loses from both sides and make recommendations to government on how to pre-empt similar conflict from occuring in the future.

“We realised that this axis has a communication problem which prevented our people from communicating especially in times of crisis. We are solving this problem because telecommunication companies have started erecting their masts and very soon communication will improve in these areas”.

A joint security outfit, made of the military, police, civil defence, local hunters as well as operatives of Amotekun, was drafted to maintain peace in the areas.

The Governor who stressed the determination of his administration to ensure that peace is maintained in all parts of the State, disclosed that the State’s roadmap on security has been acknowledged nationwide, just as some State governments have indicated interest in replicating similar steps in their states. 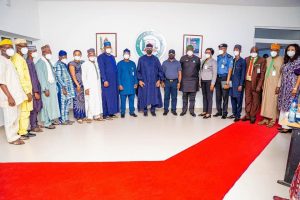 Speaking earlier, Chairman of the Committee, Hon. Kayode Oladele, noted that farmer/herder clashes were the major security challenges facing the State, adding that apart from having negative impact on food security, it also bring hardship to the inhabitants of the affected areas as their sources of livelihood have destroyed.

He pointed out that in carrying out the assignment, the Committee adopted participatory approach where traditional rulers, community leaders, victims and their relatives as well as other relevant stakeholders were involved.

While thanking the State government for the confidence reposed in them, Chairman of the committee said the report includes implementable recommendations, which if implemented, would go a long way in finally settling the crisis once and for all. 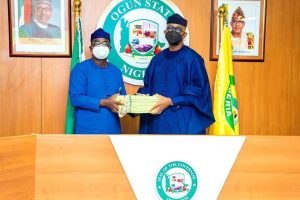