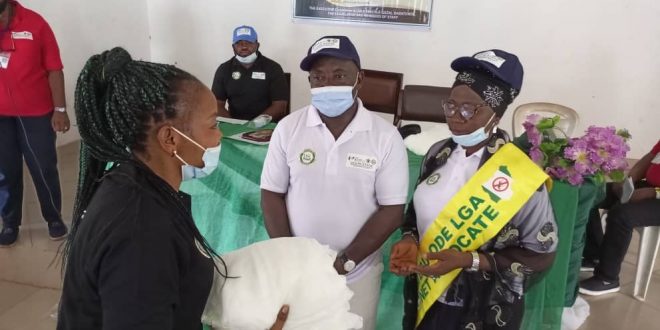 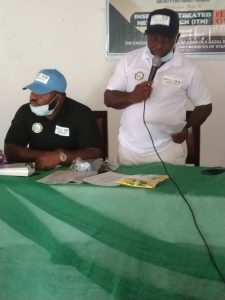 According to a release e-signed and made available to StarTrend Int’l & online – www.startrendinternational.com by Tope Oyekan, Director, Information, Education and Sports, Ijebu Ode Local Government, the event held on Thursday, at the Millennium Hall, local government secretariat, Itoro, Ijebu Ode, is to flag off the Insecticide Treated Nets Mass Campaign, one of the major strategies nationally accepted by the Federal Government, through the National Malaria Elimination Programme (NMEP), of the Federal Ministry of Health, to deliver nets to the entire population.

According to the Chairman, the strategy for the replacement campaign is to distribute one Insecticide Treated Net (ITN), for every two people in a household where maximum number of ITNs for a household will be determined by the android devices used by the teams.

The Chairman sought the cooperation and support of all in the distribution of the Nets, and on the adherence to its precautions, use and repair.
He also called on the people to join him to prevent the prevalence of malaria in the local government area, through a continuous cutting of weeds in their neighbourhood, disposal of all stagnant water, clearing of surrounding drainages, and maintaining a healthy and hygiene habit.

“A responsible government will not play with the health of her people, just as a healthy nation is regarded as a wealthy nation. Our administration in collaboration with Society for Family Health (SFH), has provided free Malaria testing with the use of Rapid Diagnostic Test (RDT) Kits and Drugs in all health facilities in the local government area, for the use of our people,” said Alhaji Emilola-Gazal. 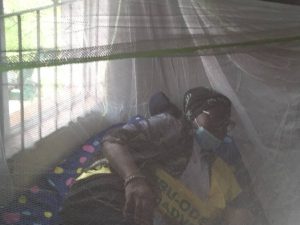 The Chairman appreciated the Governor of Ogun State, Prince Dapo ABIODUN, MFR, for his strong support and efforts in eliminating malaria in Ogun State.
He then formally received the Nets meant for distribution in the local government, from the representative of the Society for Family Health, Mrs. Nkechi.

The Chairman also reminded the people of compliance with COVID-19 prevention protocols, through the observance of physical distance, use of face masks, regular washing of hands with running water, and use of hand sanitizers.

Earlier in his welcome remarks, the Medical Officer of Health, and Primary Health Care Coordinator, Ijebu Ode Local Government, Dr. Adeolu OLUFOWOBI, enjoined all residents of the local government to take advantage of this opportunity aimed at combating the scourge of malaria.

High-point of the event was the decoration of Mrs. Olusola EMILOLA-GAZAL, wife of the Executive Chairman, as the Net Advocate, and her symbolic demonstration of the use of the net.

In her acceptance speech, the Net Advocate, Mrs. Olusola EMILOLA-GAZAL, pledged to do everything within her power to support the programme, urging people to use the Insecticide Treated Nets, which is very effective in a wide range of circumstance, particularly, reducing contact between mosquitoes, thus, preventing malaria, and ensuring a free malaria-free society.

Present at the event were members of the legislative council; management team led by the Acting Head of Local Government Administration, Alhaji Onagbenga ONAYEMI; religious, community and political leaders; and law enforcement agents. 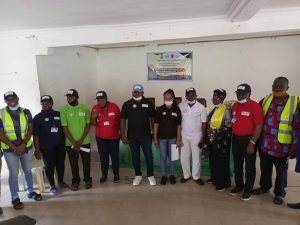