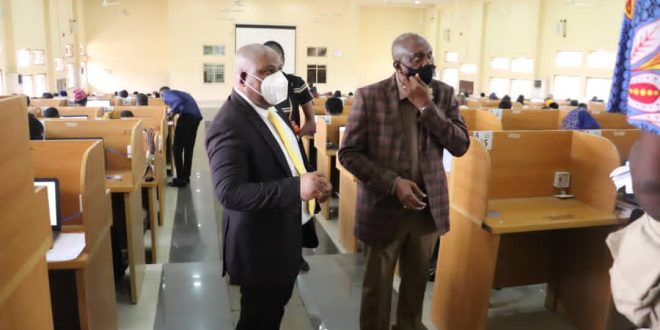 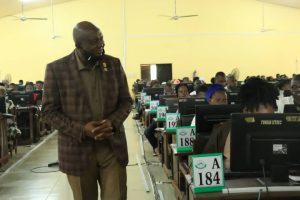 ABEOKUTA – Chairman of the Ogun State Civil Service Commission, Engr. Tokunbo Odebunmi, has said that the 2-day Computer-based Examination recently organized for over 1000 Ogun workers is to encourage civil servants to be more proficient in Information Communication Technology (ICT).

Recall, no fewer than 1,000 civil servants in Ogun State seeking for professional upgrade in the Civil Service have sat for the examination conducted by the Ogun State Civil Service Commission, which cut across 60 cadres, held at the Federal University of Agriculture, (FUNAAB), Abeokuta, the State capital.

Speaking on the exercise, the Chairman of the Ogun State Civil Service Commission, Engr. Tokunbo Odebunmi who said that the need to put civil servants in their right cadres necessitated the exercise also noted that “making civil and public servants in the state ICT compliant is one of the goals of Governor Capo Abiodun-led administration.”

Odebunmi stated that the upgrading of the examination to CBT is a gradual process, assuring of regular promotion and upgrading of civil and public servants which is a priority of the Prince Dapo Abiodun-led administration.

He commended the candidates for seeking for self-development by upgrading from their present cadre to a higher professional cadre, saying that the era of being stagnant by the civil servants in the State has become a thing of past. 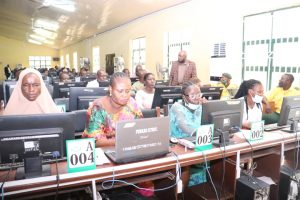 “I must express my happiness in the crop of civil servants that we have today, as there are some who are not satisfied with their content and want to improve themselves. So we have to encourage them, that is why we are trying to improve on their efficiency”, Odebunmi said.

Earlier, the Permanent Secretary, State Civil Service Commission, Mr Kola Ogunlana while addressing candidates before the commencement of the examination implored them to be obedient, comport themselves, as well as remain, steadfast, focus and dedicated, adding that the examination was an eye-opener to the fact that the government hold workers in high esteem.

Speaking on behalf of the Candidates Mrs. Joke Adesina, Mr. Segun Sogeke and Miss Jokotola Haruna lauded the government for the conduct of the examination, saying it was hitch-free, orderliness and well arranged, promising to discharge their duties with utmost interest and accordingly.