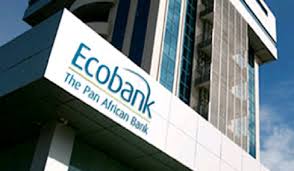 Ecobank Nigeria has insisted that it will resist any attempt by one of its debtors, Honeywell Group to employ a “frivolous N72 billion” lawsuit to distract it from going ahead with the recovery of monies owed and overdue for payment by the company.
It will be recalled that Honeywell Group recently filed a suit claiming damages in the sum of N72 billion against Ecobank Plc following a controversial loan deal between both parties.
Reacting to the court action brought against it by Honeywell, the Ecobank’s Chief Legal Counsel, Adenike Laoye noted that the Bank remains unperturbed by the seeming intimidation by Honeywell.
According to her, Ecobank is unhindered by the continued attempts to coerce the public into believing that the Honeywell Group has fully paid its overdue indebtedness.
Her words; “It is noteworthy that Honeywell’s recent claim for damages was published and serialised in the news media even before the bank was served with the court papers, which clearly elicits the ‘motive’ of a party owing huge sums of money.
“Indeed the crux of the matter is most curious especially as there are other pending matters in court which remain undecided.”
Furthermore, the bank noted that as a responsible corporate citizen, it’ll rather allow due process to prevail in court rather than resorting to the media.
There has been a long-standing legal battle between Ecobank and Honeywell for the past three years over an unpaid debt of N5.5 billion by the latter. While Ecobank is maintaining that Honeywell is indebted to it to the tune of the aforementioned money, out of which N3.5 billion had been paid, Honeywell claimed to have paid the debt in full.
In the wake of the legal tussle, Dr Oba Otudeko, Chairman, Honeywell Group had told a Court of Appeal that the sum was owed by individual companies. These companies include Anchorage Leisures Limited, Siloam Limited and Honeywell Flour Mills Plc.
Otudeko maintained that his companies had paid N3.5 billion as at December 12, 2013, as the full and final payment for the N5.5 billion debt as agreed by the parties at a July 22, 2013 meeting.
On Wednesday, July 13, 2016, the Court of Appeal had issued a ruling against Ecobank which the bank thereafter appealed at the Supreme Court.
In suit No. SC/402/2016, Ecobank had appealed the decision of the Court of Appeal discharging the exparte injunction/asset freezing orders which it had obtained against Honeywell.
Also in suit No. SC/406/2016, Ecobank had appealed the decision of the Court of Appeal which had affirmed the jurisdiction of the Federal High Court to hear the suit filed by Honeywell Companies.
The Court Of Appeal had also ordered the accelerated hearing of the suit at the Federal High Court and Ecobank also challenged this ruling at the Supreme Court.