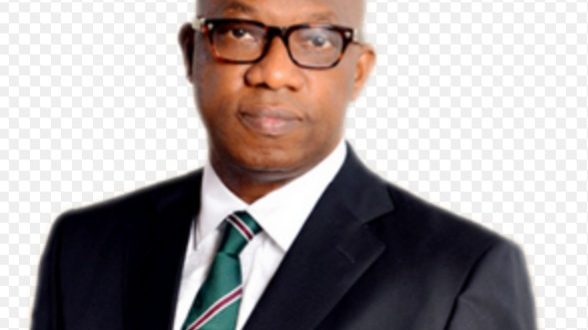 The Ogun State Governor, Prince Dapo Abiodun on Friday July 3, 2019 reaffirmed that his administrations was determined to relaunch its amended Security Trust Fund and was committed towards ensuring  the safety of lives and property of the people.

Abiodun stated this at a day sensitisation programme on the vision and focus of the State government towards the preparation of year 2020 budget which took place at the Oba’s  Complex, Ogun State Ministry of Local Government and Chieftaincy Affairs, Oke-Mosan, Abeokuta.

He said his administration would ensure that the amended Security Trust Fund has all the governance it requires.

The Governor maintained that his government would  relaunch the State’s Security Trust Fund, adding that there was an amended bill that was on its way to the house of assembly at present, saying, “We look at the existing bill, we compared it to other bills in other states where the Security Trust Fund had worked very effectively and efficiently, we’ve identified the gaps in our bill and we have sent an amended version of the bill to the House of Assembly.”

His words “The new Security Trust Fund will have all the governance that it requires, it will have a Chairman, Executive Secretary, Board: it will also have a  commitment from a few financial institution of note and a few people from the private sector that are committed to serving on the board, we are also committed to funding this fund, we on the part of the state will also  commit to our funding as well”.

Abiodun hinted that the South West would be having a joint security patrol team that would have law enforcement agencies across the border of the region and the patrol would ensure no hiding place was available for criminals in the region.

The Governor who commended the Civil Service for its rear professionalism and commitment to the Ogun State Project stressed, “Let me also state that by virtue of the enormous cooperation and massive support that we have received from the entire public service of our fear state, that vision has  become indeed a joint vision, one cannot but be elated and assured that we will indeed be very successful in these building our future together agenda.

“Let me therefore commend the entire civil service of Ogun State for the demonstration of rear professionalism and commitment to the Ogun State project, as a person, I am assured of the efficiency, professionalism, commitment and dedication of our public service in the last two months, we have seen what positive impact our public service could have on the development of our dear state if properly harnessed,” he said.

Abiodun further disclosed that his administration had began to formulate some policies which would begin to manifest in concrete programmes, adding that the programmes would ensure that existing investments thrives and new ones attracted into the state.