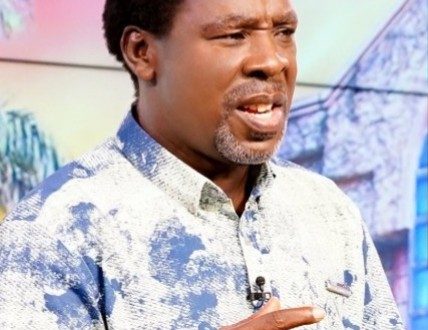 The World Health Organization (WHO) has spoken out after a video surfaced this week of a Medical Doctor who testified to receiving healing from COVID-19 after receiving prayers from Nigerian Pastor TB Joshua.

During an interactive press briefing organized on Wednesday, July 1, 2020, a panel of top WHO officials was questioned on the miracle by Cameroonian journalist Simon Ateba of Today News Africa.

“On Monday, a very popular pastor in Nigeria, T.B Joshua, released a video of a Medical Doctor in Cameroon who was said to have been cured of the virus through prayer,” Ateba stated, asking the panellists for their reaction.

In the video he referenced, Dr Kameni Pierre – a gynecologist and obstetrician – receives prayer after affirming he was positive to coronavirus during an ‘Interactive Prayer Session’ organised by Emmanuel TV.

After ‘vomiting out’ the disease during prayer, the medical doctor held up his medical report days later confirming he was diagnosed negative to COVID-19.

In response, Dr Michael Ryan, the Executive Director of WHO Health Emergencies Programme, affirmed the readiness of WHO to collaborate with bodies like The SCOAN to advance the cause of the war against the deadly virus.

“Certainly, spiritual leadership is very important in times like this,” Ryan stated, praising the role of faith-based organisations in providing accurate information to communities.

Speaking further, the WHO Director General, Dr. Tedros Ghebreyesus added that faith and science should “go together”.

“We know many religious leaders who would really advise their followers to follow their faith and at the same time use science. The two do not contradict; they go together… We will call on all religious leaders to be in this fight and save lives,” he stated.

Ghebreyesus had earlier echoed TB Joshua’s prophecy where he declared 2020 “the year of humility” in which “God would humble us with our challenges”.

“If this virus is teaching us anything, it is humility,” the former Ethiopian Minister of Health asserted.

Emmanuel TV’s popular YouTube videos, many of which show similar case of miraculous healing through prayer, have accumulated over six hundred million views.