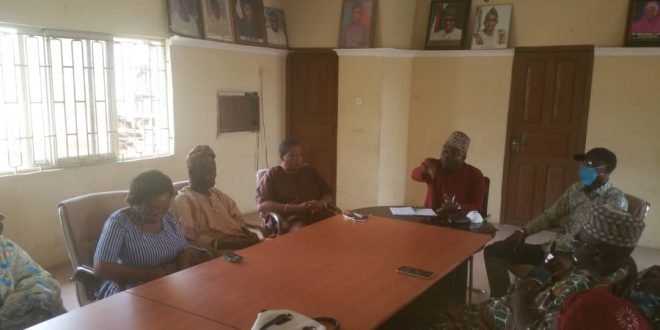 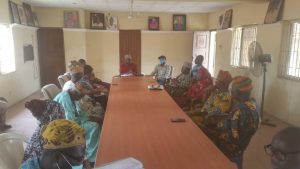 ISARA-OGUN: The Chairman of Remo North Local Government Transition Committee, Hon. Michael Abiodun Somoye, has inaugurated Stimulus Package Distribution Committees, in the ten areas of the Local Government, for the purpose of reaching the indigent, vulnerable, poor and downtrodden, whose welfare, were supposed to be improved, by the relief materials, from the State Government, intended to cushion the economic effects of the two weeks stay at home directive of the government.

According to a press release e-signed and made available to the media by Oladipo Oluwole, Director of Information, Remo North L.G., Isara, at the inaugural meeting of the mainstream committee, Hon. Somoye,  after detailed briefing on the outcome of his meeting, along with other LG Chairmen, with the Ogun State Governor, Prince Dapo Abiodun, enjoined members of the Main Stimulus Package Distribution Committee to be diligent and impartial in their supervisory role of the ten Area Committees created,  in the distribution of the relief materials.

Members of the Main Distribution Committee, consisting of the Local Government Chairman, members of the Transition Committee, State Representative, the Chairmen of the Local Government Council of Baales, CDC,, CAN, the Head of League of Imams, and Iyaloja, after much deliberations, suggestions and conclusions, on the logistics, security and strategies for distribution, mandated each member to reach out, to the members of the ten Area Committees, for proper identification, briefing and training, on the adopted methods of distribution of the relief materials.

The Main Committee later adjourned to be reconvened before the commencement of the distribution exercise.

It would be recalled that, as one of the measures taken towards the prevention of the spread of coronavirus menace,  the Ogun State Governor, Prince Dapo Abiodun, had earlier sought for the postponement of the lockdown, in the State, from President Muhammadu Buhari, in order for the Ogun State People to stockpile foodstuffs, for the two weeks stay at home federal directive.