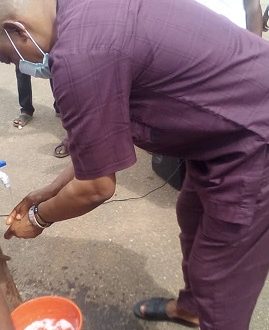 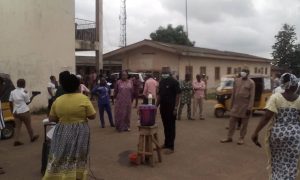 IJEBU-IGBO: The Chairman,.Ijebu North Local Government Transition Committee, Hon. Jayeola Yekeen, recently embarked on a day sensitization exercise,  towards the prevention of the spread of the dreadful corona virus menace in the Local Government Area.

Hon. Jayeola, during the sensitisation exercise, made it known that his government was very much concerned about the well-being of his people in the LG Area, most especially on health matters and the dreadful corona virus menace. 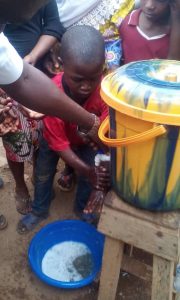 The LG boss admonished all the teams and health workers to always encourage the people to avoid handshakes, hugs and take cognizance of  other precautionary measures.

The sensitization train,  which involved members of the LG Transition Committee, Head of Local Government Administration, Prince Tola Osunlaja, Heads of department/Directors and Medical/Health Officers, was taken round the various wards of the L.G area, from Atikori market through Obada market, Oke-Sopen, Ago-Iwoye, Oru, Awa, Oke-Agbo, amongst others.