Pastor Olaode (2nd left) being assisted by his Vice - Mr. Adeagbo and Chief Popoola,(IPP) to present a relief package to an aged woman on the occasion ILARO-YEWA: In a bid to support efforts of the administration of Governor Dapo Abiodun of Ogun State at providing relief packages to people of the state to cushion the effect of the lockdown, caused by COVID-19 pandemic, one of the foremost clubs in Ogun State – Recreation Club, Ilaro on Monday, May 11, 2020 distributed food items to indigents, especially the aged and widows within and outside the ancient town of Ilaro, headquarters of Ogun West.

The gesture according to the President of the club, Pastor Omosanya Adebowale Olaode was aimed at reducing the hardship that people of the area are facing, especially during this period of lockdown.

Speaking with newsmen during the distribution of the palliative within the club premises in Ilaro, Pastor Olaode said, “Looking at the trend of event for the past two months, we have discovered that the pandemic ravaging the word has done a lots of harms to the life of the people, particularly the downtrodden. 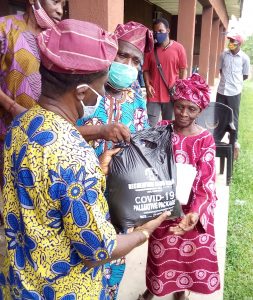 “We have discovered that a lot of people are out there that eat and take care of their families from their daily work/labour, but as it is since the continued lockdown, majority of them no longer have means of livelihood, and at the end of the day we decided to toll the line of government, organizations and individuals to put smiles on their faces.

“We realized the need to do something valuable immediately for our people. So, we decided to give some palliatives and on that, we have to call on members of the club and they donated some token out of what God have given them.

“It was from the money donated by members of the club that we used to buy some foodstuffs, and distributed them to the people that are vulnerable, those that needed the palliatives more”.

The President of the club said that, the club as a front-line and foremost club in Ogun West decided to do the palliatives in support of what the government has done, adding that, aside from the palliatives given out by the club, members in their individual capacity had also, unannounced gave out palliatives in their various communities. 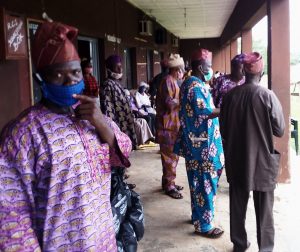 “As a front-line club in Yewaland and Ogun West in general, by the grace of God we will not stop this gesture. It is just the beginning, this is the first face. By the grace of God within the next two week, we should be able to reach out to other set of people in the region”, Pastor Olaode posited.

While pointing out that the palliatives were strictly for those without particular means of livelihood, Olaode advised people in the area to adhere to the state government precautionary guidelines against coronavirus, adding that the club was set to go out to sensitize people on the need to obey government instructions on COVID-19.

He however used the opportunity of the event to educate the people of the area, on the importance of face masks, as a protection against the droplets from an infected person.

Pastor Olaode also reiterated the importance of regular hand-washing, as well as the use of sanitizers and other preventive measures, with a view to fight against the spread of Corona virus disease in the State and Nigeria at large. 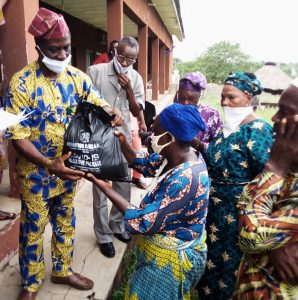 Pastor Olaode urged those that are yet to benefit from the gesture to be more patient, stating that next set of people that would benefit in the next palliatives would be more than those that benefited in the first batch.

Appreciating the good gesture, one of the beneficiaries, Mrs. Alice Kolawole from Sabo, Ilaro CDC thanked members of the club for remembering and assisting them during this period, while praying that God would continue to bless and provide for each and every member of the club and their families. 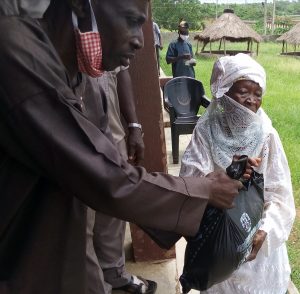 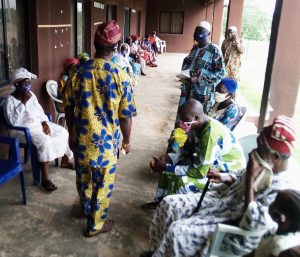 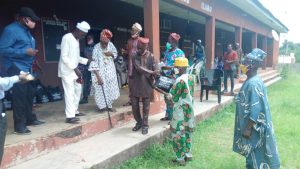 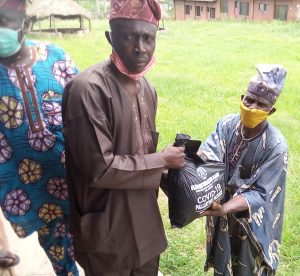 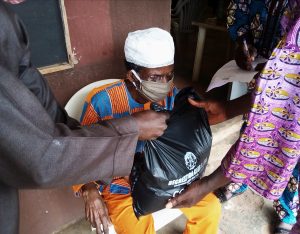 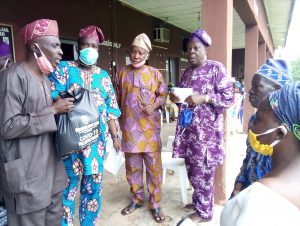 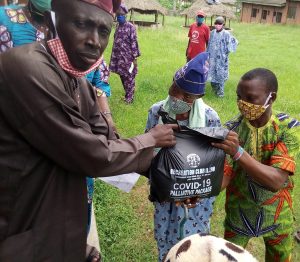 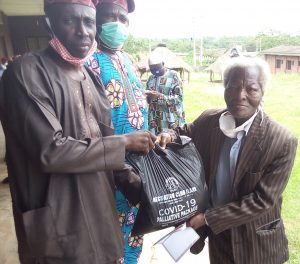 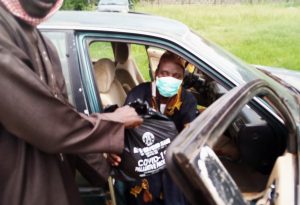