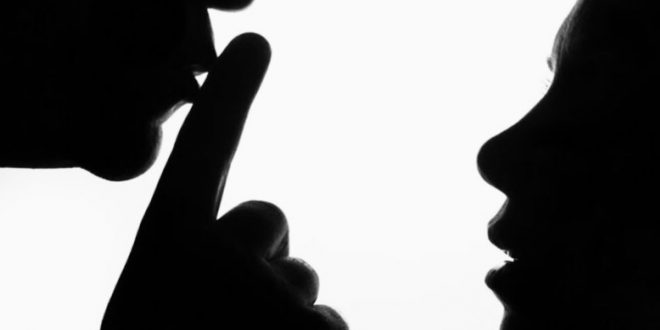 COVID-19 And Increase In Sexual Harassment 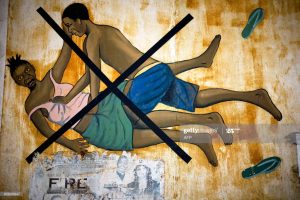 We did not see a pandemic coming. No one would have predicted that over 5 million people across the world test positive to the novel Coronavirus also known as COVID-19 with over 370,000 deaths globally as at the time of this writing. In Nigeria, over 10,800 positive cases have been recorded with over 313 deaths. With these statistics the pandemic and its effect would certainly be in our memories for some time.

But not just that apart from the number of deaths and infections a major factor that would make it linger-on in our memories is the lockdown that was imposed in different countries of the world including Nigeria.

The lockdown which is more of a ‘forced-holiday’ brought so many couples together creating the opportunity for some level of bonding or intimacy among families. It was not however so in many families as the lockdown brought different horrendous stories from across the world. For those without their partners patronage of sex workers was an almost impossibility with reports showing that beyond the government directive, most of them decided to stay away from their trade. These factors created fears of a likely danger of violence especially sexual in nature among couples who are together and also among individuals who would have gone to the brothels to satisfy their libidinous urge.

Reports show that some of these fears may be true. A study in the United Kingdom which had responses from more than 1,000 women aged between 14 and 21 showed one in 10 girls had received unwanted attention, one in 10 faced unwanted sexual attention as well as unwanted sexual or physical contact. A quarter of the girls chose not to let anyone else know.

In India, there were reports of increase in online stalking and sexual harassment through the social media with the CHILDLINE for children in distress becoming busy than in times past having over 92,000 calls regarding abuse (including sexually related abuse) and violence against children within the first 11 days of lockdown in the world’s second most populated country. But there were still concerns as most of these incidences were unreported.

In Nigeria fears expressed by women-right advocates that the lockdown imposed may bring up the challenge of people especially women getting locked down with abusive partners became more clear as different videos and reports trended online on different allegations of sexual harassment even among partners. In the eye of some who had gotten used to such it was barely a comedy skit that they played to provide some entertainment. It is a development which makes issues like this now appear like a norm; it’s not news.

All these cases certainly left a sad feeling but none of these hit us like the rape and gruesome murder of Uwaila Vera Omozuwa in a church; a total state of heartlessness and an absolute lack of respect even for divine authority. Omozuwa, a 100 Level Micro biology student of the University of Benin had gone to Church to study during the course of the lockdown but suffered raped and to convolute the sadness she was also murdered. Such is the state of things that sexual offenders are emboldened to execute their depraved psychosis as if they are in a lawless country where anything goes.

The #justiceforuwa set twitter on fire and the usual condemnation of the horrible event poured-in but if the right things are not done now it will still be business as usual for sexual offenders and the cycle continues. Her State government, the Edo State has also joined in the condemnation of the heinous act promising to ensure justice is done. The Police are on the case and as they have proven overtime when they really want to work they get results.

Omozuwa’s case is one out of many. Many of these women who were violated simply keep it to themselves for fear of stigmatization. Such is the tale of Big Brother Nigeria 2019 housemate, Khafi Kareem who suddenly had some form of boldness to talk about her own rape experience. Up north, although there are rape cases but there are many manifestations of child marriages which are nothing but acts of paedophilia.

This painful development has taught us that none of us is exempted from the battle against this cankerworm which threatens to destroy our existence if not promptly checked. The government, individuals, religious and corporate organizations, all of us we have certainly not done enough.
It is bitter claiming the pandemic and the lockdown has brought some blessings in disguise if we have to put it that way but even if it has not it has certainly opened the door which may lead to blessings if we make the necessary reforms, make laws and implement them, make sure that justice is not only served but also seen to be served.

There are laws made by different governments including the Ogun State government while the implementation of the sexual offenders register is one strategy that has also been adopted to tackle the menace. There are no perfect laws so likely loopholes which ensure sexual offenders have unfair freedom from the sword of the law should be amended to block those loopholes. All States including those who have set themselves back with cultural or religious misinterpretations must begin to take the bold steps now.

Waiting for another rape and murder will be too sad and too late. The time to do the right thing is now. All stakeholders must realize that beyond making the rapist or rapists pay for the crime the best thing that the late Omozuwa expects from all of us is for everyone to play his or her part; laws must be made and implemented effectively, parents have to train their children properly as proper home training is possibly going to help inculcate respect for the girl-child in the heart of any potential sexual offender.

Now is the time to act!