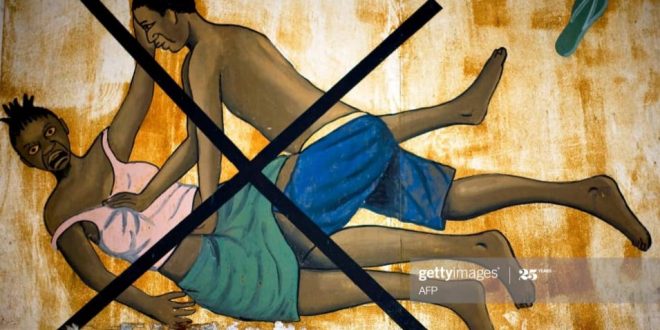 Rapists Do Not Deserve A Second Chance!!!

The rape and murder of the innocent fresh student of the University of Benin (UNIBEN), Uwaila Omozuwa by some “insane” figures which caused a serious hullabaloo that disturbed the peace and tranquility of Nigerians in the wake of the week is nothing but a mess on the nation and entire human race.

This diabolic act will not only leave the victim’s parents with disfiguring scars and a memory they can never erase, it will equally create an impression for many victims of rape who are still recuperating from the damages that men are nothing but monster.

Aside the foregoing, this act is a serious evil on the society and a signal that even the palces of safety are no longer safe in the Nigerian context because the brutality took place in a religious centre.

The stigma that rape victims live with is something they can never forget in their entire life.

Very lamentable, within one week, about four rape cases reported. Prior to this time, several others had been recorded in different state of the federation, but it’s as if government is not doing the needful as expected. No serious action had been taken to wipe the alarming trend of the scene.

In 2006, the Amnesty International, in its Country report of Nigeria complained that “the Federal Government does not make public any records it holds of incidents of gender-based violence in general nor of rape in particular”. Why is government trying to hide this?

In 2017, the NBS provided statistics for specific crimes. According to the statistical agency, that year, 2,279 cases of “rape and indecent assault” were recorded by police across the country.

In 2011, Caroline Ajie, a human rights lawyer, made a claim by estimating that “at least 2 million Nigerian girls experience sexual abuse annually and that only 28 per cent of rape cases are reported”.

Under the Criminal Code, the VAPP and Child Right Act, the punishment for rape is life imprisonment but under the Penal Code it is a maximum of 14years imprisonment.

Awesome, the penalty for the offence may seem reasonable but i think if anyone found in the act begin to go through a more ferocious punishment, those who still live with such habit will repent.

I think the constitution should be amended. Maybe if the law says anyone found in the act will be sentenced to death or risk his manhood, the society would be rape free. And our ladies would walk the streets without the fear of being raped.

Tags Rapists Do Not Deserve A Second Chance!!!#