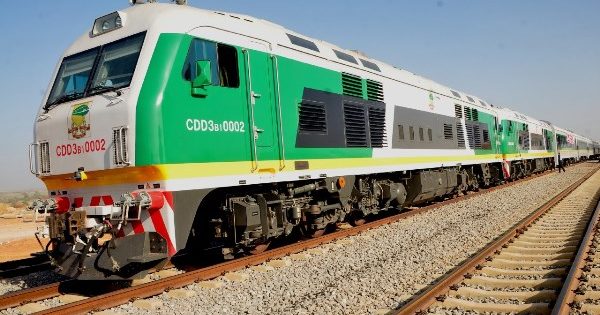 StarTrend May 8, 2019 NEWS Comments Off on Containers, Tankers Start Movement With Rail 19 Views

Beginning from today (Tuesday May 7, 2019) containers and oil tankers would start moving goods from Lagos ports through the newly acquired Railway wagons to the north.

The goods would move to the dry port in Kaduna in the North.

The transport minister Rotimi Amaechi had ordered some wagons for the Lagos-Ibadan railway for the purpose.

This measure was designed to ease traffic and gridlocks caused by heavy-duty vehicles from Lagos and roads.

The move to curb the perennial traffic jam in Apapa axis, the Nigeria Railway Corporation resolved to deploy the eighteen newly imported wagons for haulage from Apapa seaport.

The Managing Director, Nigeria Railway Corporation, NRC, Engineer Fidet Okhiria, disclosed that the newly acquired 18 wagons are to boost the inland container dry port business by moving cargos from Apapa seaport to dry ports in Kaduna and other states.

The NRC has the capacity to evacuate 20 footer and 40 footer containers from Apapa port to, Ijoko and Abeokuta, both in Ogun state and Omi-Adio railway depots, in Oyo state, for onward transfer by parked trucks.

The trucks would evacuate the containers by road to their various destinations which most often is either the inland dry port in Kaduna or Kano.