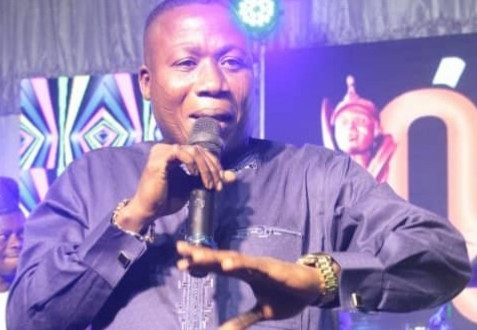 By Nature, I’m A Gentleman, But I Hate Cheating, Injustice – Sunday Igboho

IBADAN – Mr. Sunday Adeyemo, fobdly called Sunday Igboho is an acclaimed Yoruba activist, though some persons describe him as a notorious ‘political thug’ in Ibadan, but his recent activities speak volumes.

Born on October 10, 1972, at Igboho town in Oke-Ogun area of Oyo State, Sunday Igboho was nicknamed after his hometown, Igboho, but later rose to fame following his role in the Modakeke-Ife communal crisis in 1997, while defending the Modakeke people.

One major thing that comes to mind anytime the name ‘Sunday Igboho’ is mentioned is his perceived metaphysical ability to command a gun from the air, an action several residents of Oyo State claimed to have witnessed in the past.

He once said that he does not see himself as a troublemaker, but a human rights activist.

“People just shout Sunday Igboho, Sunday Igboho. Who can say he saw me in a public fight? Who can say he has seen me cheat or oppress people? If you hit my car, I will tell you to go because if I did anything there, people would say I was oppressing such a person because of my personality,” he said in an interview with Nigerian Tribune.

Igboho might have seen himself as a defender of human rights, but folks in Oyo and Osun State understand that the fear of Sunday Igboho and his boys is the beginning of wisdom.

Beyond stretching forth his hand into the air to conjure a gun, he reportedly sometimes moves on the street with a live snake coiled around his neck that further make people succumb to his acclaimed metaphysical strength.

Mr. Igboho was involved in the dirty politics between the late political leader, Lamidi Adedibu, and former Oyo State Governor, Rashidi Ladoja.
He supported Rasheed Ladoja and acted as his bodyguard throughout the tussle.

Sunday Igboho also led the camp of Ladoja in the violence that occurred then. Ladoja was illegally impeached as Oyo governor in 2006 due to a political disagreement he had with the late Alhaji Adedibu, but was later reinstated after 11 months through a court order.

Explaining his role in the violence to The Sun Newspaper, Sunday Igboho said he supported Ladoja because he never subscribed to the cheating of fellow human being by those who considered themselves as superiors. 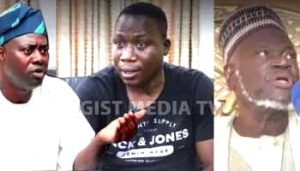 His words, ‘It is true I was a key witness and also a key player in the political developments of that period. I was an insider. Former governor, Rashidi Ladoja, was my leader, my political boss. I rose and fought on his behalf when late Alhaji Lamidi Adedibu and former president, Chief Olusegun Obasanjo, wanted to carry out their illegal impeachment of Ladoja.”

“By nature, I’m a gentleman, but I hate cheating and injustice. I have my supporters who are loyal to me and who also believe in me, just as I believe in Ladoja and I was also loyal to him. Me and my supporters, who some people like to describe as Sunday Igboho’s boys, decided to fight the injustice against Ladoja.

“By nature, I’m not violent, but when the other party is not only being violent, but also being openly supported by ex-President Obasanjo, to the extent of even using police against Ladoja and his political interests, we had no choice than to fight back.

“When we decided to fight back, people now said Sunday Igboho and his boys were violent. When you give me a dirty slap, do you expect me to turn the other cheek to you or to run away? God forbid, I always fight for my right and I’m fearless and bold.”

At different points, many has accused Sunday Igboho of landgrabbing, using armed thugs against original owners of land.

He has also defended himself with the arguments that he only fights on land matters when he is invited to do so. Sunday Igboho said part of his jobs entails helping people reclaim their grabbed land and ensure that it goes back to the rightful owner.

To him, he is the “Akoni Oodua”, a title that means warrior of Yorubaland. 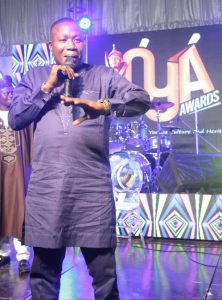 “Those who follow me are like my younger brothers and none of them can do anything unlawful. But the problem is most thugs and misguided youths cause trouble in my name. They do bad things and claim to be Sunday Igboho’s boys.

“I have never seen these people before; whenever they were arrested by the police and they are asked whether they could identify me, they then confess that they had never seen me before. I am a lawful person. Even when someone reports land-grabbers, I will tell people to go and call them and I will warn them to release the lands to their rightful owners,” he once said in an interview with the Nigerian Tribune.

Asked how he got the metaphysical power to command a gun to appear from nowhere, he simply responded saying: “It is a divine secret from God; I inherited the powers from my fathers.”

For several months now, Sunday Igboho has been agitating for a Yoruba nation and the recent happenings between Yoruba and Fulani in Oyo State has, again, brought his name to the lips of Nigerians.

Recently, Sunday Adeyemo, has been in the news for a couple of weeks following his agitation for a Yoruba nation and the seven-day ultimatum issued to Fulani herdsmen in the Ibarapa axis of Oyo State.

Sunday Igboho alleged that herders have been responsible for the killings and kidnappings of the residents of Oke Ogun and Ibarapa area of Oyo State.

His ultimatum came at a period when Ondo State Governor, Rotimi Akeredolu, also issued ultimatum to herdsmen in Ondo forests reserves to vacate the area.

Unlike Governor Rotimi Akeredolu, Governor Seyi Makinde of Oyo State maintained that fulanis are not responsible for the insecurity.

He also warned against evacuation of the herdsmen, citing provisions of the Constitution that allows residents of Nigeria to live in any place of their choice.

“The Constitution of the Federal Republic of Nigeria 1999 (as amended), which I swore to defend and protect, guarantees freedom of movement in Section 41(1), such that citizens are free to reside in any part of the country without fear. We are determined to preserve that right in Oyo state,” Gov. Makinde said in a recent broadcast.