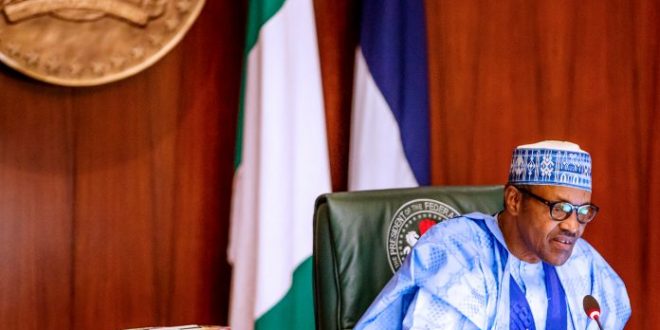 Ahead of the May 29 inauguration President Muhammadu Buhari’s second term, the Accountant-General of the Federation, Idris Ahmed; the Comptroller-General of the Nigeria Customs Service, Hameed Ali; the Executive Chairman  Federal Inland Revenue Service (FIRS), Tunde Fowler and 11 other heads of agencies under the Ministry of Finance have been ordered to submit their hand over notes on or before April 23.

The directive, Daily Sun learned, was contained in a circular with reference no: FMF/PSSD/HON/32 dated April 8, 2019, and signed by the Minister of Finance, Zainab Shamsuna Ahmed.

Also included to submit handover briefs were Permanent Secretaries and Heads of extra-ministerial departments and the Auditor-general of the Federation.

The Minister revealed that the move was to ensure the ministry and its agencies produce a detailed handover note to guarantee a smooth and effective transition to the incoming administration on May 29. She added that the briefs are to be prepared in soft copies and hard copies.

It is expected to contain lists of files under the custody of all the MDAs. The memo reads in part: “Following the recently-concluded presidential election, preparations are in place to successfully conclude the current administration come May 29, 2019. As part of the process of transition, all agencies and departments under the Federal Ministry of Finance are directed to prepare their handover notes.

“All handover notes should be submitted to the Permanent Secretary (Special Duties) on or before April 23, 2019.

Top sources at the Ministry said the development was a normal routine procedure during a transition period and does not mean the agency heads were going to be sacked.

“This is a normal development. The first four years of the Buhari administration will be coming to an end on May 29 and the second and final tenure starts the same day.

“So, the government must know what has happened in the first four years in terms of capital inflows, spending, human resources, projects, account balance, contracts, and other matters.

“This will enable them to know the state of things as the second tenure commences. At least you know how things are in the Ministry.

“Other Ministries and agencies will do the same. It’s a normal routine. It’s not restricted to Finance alone”, the source stated.