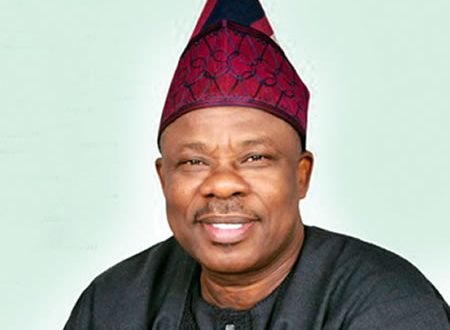 
The Ogun State Governor Ibikunle Amosun has reassured people of the state that his government would continue to provide necessary infrastructure and enabling environment at promoting economy of the state with a view to attract more foreign investors to the state.
Amosun gave this assurance in his keynote address at the 17th Investiture Programme of Ogun State Chambers of Commerce, Industry, Mines & Agriculture (OGUNCCIMA) President, held on Thursday October 11, 2018 at the Frontier Hotel, Ibese Road, Ilaro, headquarters of Ogun West.
Senator Ibikunle Amosun who was represented by his deputy, Chief (Mrs.) Yetunde Onanuga stated that he has no doubt that the new OGUNCCIMA President’s tenure would take the state economy to the next level, while praying that God would give the new inducted president the wisdom to lead organisation right.
In their separate remarks, the National President of NACCIMA, Iyalode Alaba Lawson and Ogun State Commissioner of Agriculture, Mrs. Adepeju Adebajo said that the new President is very competent to handle the job, adding that Lawal’s tenure will further boost the economy of the state to an enviable height.
While delivering his acceptance speech, the newly inducted President, Mr. Kolawole Lawal, fondly called KLM, who is also the Ogun State Commissioner for Forestry assured all industrialists in Ogun state that OGUNCCIMA under his watch would work with the relevant organizations and governments to ensure that his two years tenure laid a good foundation for an already conceptualised action plan of the association.
His words, “It’s going to be my priority to put a frame work in place to have membership in all the 20 local government areas of Ogun state with atleast 50 members.
“Under my dispensation, I shall aggressively identify relevant policy and government stake holders and build a relationship with them”.
In a paper titled: Access To Loans From Bank of Industry (BoI) For MSMEs Growth & Development delivered at the event by BoI Manager in Ogun State, Mr. Babatunde Ajala, he disclosed that the BoI Ogun state is now the third best in MSMEs growth and development amongst the 36 state of the country.
Ajala pointed out this while delivering his speech as Guest Speaker at the investiture of Ogun State Commissioner of Forestry, Mr. Kolawole Lawal as the 17th President of OGUNCCIMA in Ilaro, the headquarters of Ogun West.
The BoI Manager who revealed that the state recently moved from 5th to 3rd position, said that the provision of adequate infrastructure and creation of conducive environment across the state by the Gov. Ibikunle Amosun led administration was a major factor that contributed to the achievement.
The prime objective of OGUNCCIMA is to create a conducive atmosphere for the pursuit of commerce, Industry and all other forms of economic activities in the interest of the private sectors.
Savour more photographs of the event… 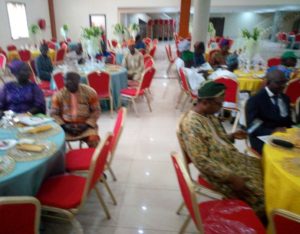 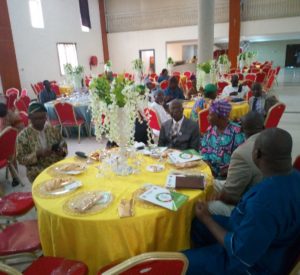 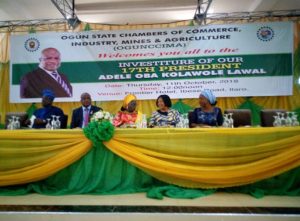 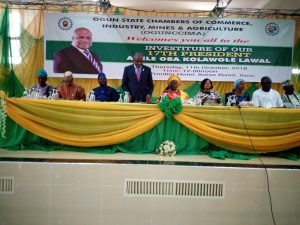 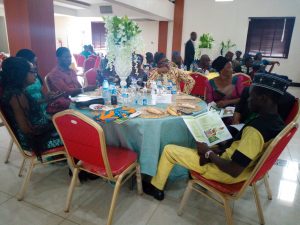 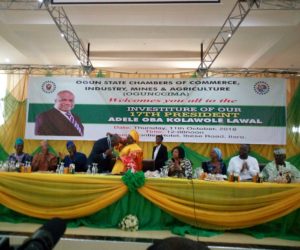 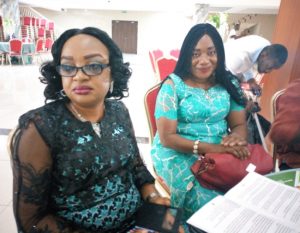 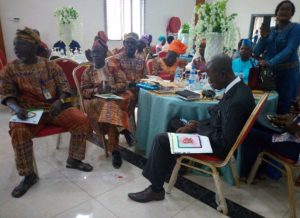 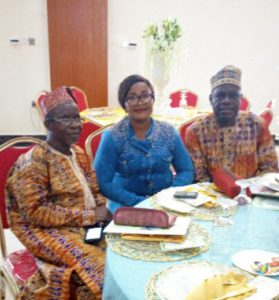 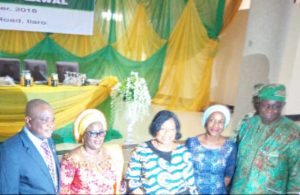 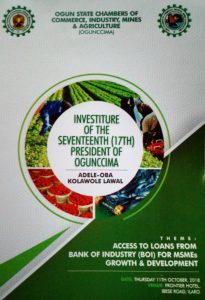