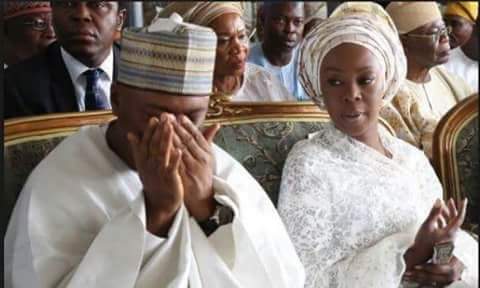 Alleged Money Laundering: I Am Not A Nigerian, I’m British – Toyin Saraki

Idowu Hamed July 24, 2018 NEWS Comments Off on Alleged Money Laundering: I Am Not A Nigerian, I’m British – Toyin Saraki 146 Views

Wife of the Senate President, Bukola Saraki, Toyin has distance herself from the alleged multi-million dollar assets owned by Bukola through shell companies in tax havens, by saying she is not a Nigerian, but a British.

New records obtained by the International Consortium of Investigative Journalists revealed that financial intelligence operatives became interested in Mr. Saraki’s offshore assets uncovered in the Panama Papers investigation published in 2016, to see whether transactions linked to the shell companies were used to launder funds or carry out suspicious activities.

Operatives of the Seychelles Financial Intelligence Unit (FIU) are trying to uncover whether or not Mrs. Saraki stood as a front for her husband in the ownership of some of the offshore holdings linked to the family.

Two weeks after the Sarakis were exposed as owning undeclared offshore assets in violation of Nigeria’s code of conduct regulations, detectives from that country’s FIU asked Mossack Fonseca to furnish them with all documents relating to Sandon Developments Ltd, a firm registered in Seychelles under Mrs. Saraki’s name.

But when contacted by Mossack Fonseca to provide it with documents that adequately identified her, for onward transfer to Seychelles’ FIU, Mrs. Saraki sent the law firm her British passport and a statement of her Barclay Bank account, which suggested she was trying to show that as a British national, she could not have been in violation of Nigerian law.

Mr. Saraki denied links to the offshore assets in 2016, saying they belonged to his wife’s family. But information obtained by PREMIUM TIMES at the time indicated that the senate president merely used his wife as a front, and Seychelles authorities also found the denial unconvincing.

When Mrs. Saraki registered Sandon Ltd on January 12, 2011 in Seychelles, she listed Babatunde Morakinyo, a long-term personal aide and friend of Mr. Saraki, as a shareholder.

Mr. Morakinyo was amongst the top aides of Mr Saraki who were identified by the Economic and Financial Crimes Commission as laundering billions of naira in suspected bribes from the Paris Club refund to Nigerian states in 2017. 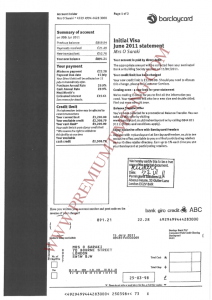 She then made an undertaking indemnifying the Panamanian company “in respect of all claims, demands, actions, suits, proceedings, costs and expenses whatsoever as may be incurred or become payable by you in respect of or arising out of any member or employee or associate of your company or associated companies holding any office, directorship or shareholdings in the company or by reason of or in consequence of any act or decision made by any such person or company in connection with the management and/or administration of the said company.”

Shortly after the company was incorporated, Mrs. Saraki used it, in July 2011, to buy the property on Whuttaker Street, Belgravia, London SW1W 8JQ.

Tags Alleged Money Laundering: I Am Not A Nigerian I’m British - Toyin Saraki#