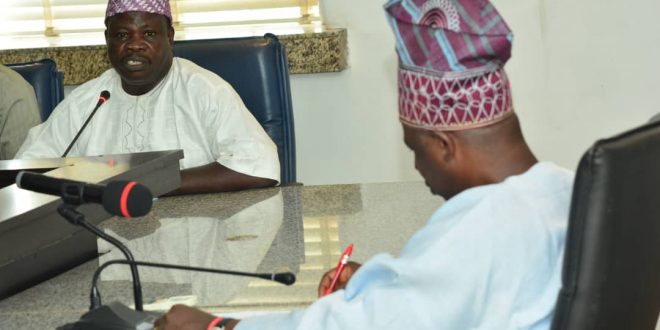 Some aggrieved members of the Ogun State Council of Nigeria Union of Journalists have called on the National body of the professional Union to resolve the problems surrounding the March 29th election in the State.

According to a release signed by Mr. Olatubosun Olawale, on behalf of the aggrieved members, the election is being challenged as an inconclusive exercise due to disenfranchisement of thirty five members of the Consolidated Chapel.

He noted that the chapel list was approved by the national Secretariat but was not used by hijackers who manipulated the election and denied many broadcast journalists from OGTV and NTA the opportunity of voting.

Other members of the consolidated Chapel denied the rights of voting are the reporters of first class private television stations like; TVC, Channels TV, MITV, Silverbird, Core TV, Galaxy and ONTV.

Reporters of the federal government owned media like FRCN and VON were also denied the rights of voting.

The group also alleged that vote announced is much more than the number of accredited voters while retirees and those who are not practicing again for years were allowed to vote.

The group also listed other anomalies that characterized the election to include undue interference by those considered to be elders in the Zone.

It accused the election observers – turned umpires of causing a lot of tension in the voting hall to distract stakeholders while they went ahead to manipulate the exercise by encouraging illegalities, including giving excess ballot papers to members

“Contrary to the provision of Article 6:6 of the NUJ constitution which saddles officials from the national Secretariat with the responsibility of Supervising council elections, the purported election conducted in the Ogun NUJ was hijacked by the Zonal Vice President in connivance with union executives from Lagos and Oyo councils”.

The group stressed an urgent need to reverse the outcome of the election, stating that the number of votes declared was higher than the number of members who were accredited to vote.

Pictured are some photographs taken when the newly elected Executive Council members of the union paid a courtesy call on the governor in his Oke-Mosan, Abeokuta office.