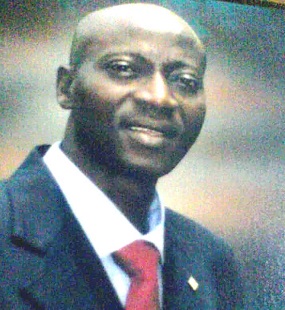 ABEOKUTA – Football Psychologist, Kehinde Adeyemi who is the Secretary of Ogun State Chapter of Youth Sports Federation of Nigeria (YSFON) has called on the NFF to relinquish the management of underage football to the body.

Adeyemi who doubles as the Director of Sports at the Olabisi Onabanjo University, Ago-Iwoye in a chat with the Sporting Press while reacting to the appointment of coaches for the national teams including U-13, U-15 and U-17 categories said YSFON has the grasp of all under-aged football in the country.

“YSFON’s numerous contributions to the development of age grade football remain unequalled in Nigeria”, he said.

Adeyemi explained that the performance of YSFON in the last 50 years indicates that the body is capable of managing youth football in Nigeria with good results.

The football Psychologist stated further that the NFF should only saddled itself with the management of the Super Eagles and Super Falcons alone for good results and should allow YSFON administer youth football because of its lofty understanding and pedigree in youth football.

The YSFON scribe in Ogun added that there will be a revolution in Nigeria football if YSFON takes over youth football in the country.

“By the time YSFON takes over, there won’t be problem graduating the players from one age categories to another, as the body has different good youth programmes from and enormous data from U-13 to U-17 that is capable of taking care of ills bedeviling our age grade football system”, Adeyemi noted.

He therefore submitted that “what is wrong with grassroots youth football in Nigeria is traceable to the decision of the football governing body that abandoned YSFON which produced the many talents that we had witnessed in the last few decades”.