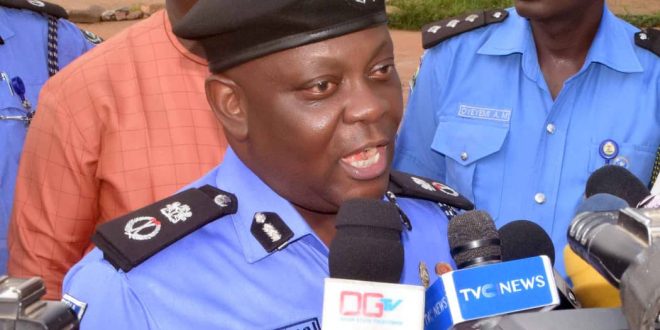 OWODE-YEWA: A 30-year-old woman, Risikat Olabintan has been nabbed by operatives of Ogun State Police Command for allegedly throwing her one day old baby into a soak-away pit.

Olabitan was arrested on November 17, 2019, following a distress call received by members of Ibukun Oluwapo Community, Ishaga Surulere area of Owode-Yewa, that some children while playing at the backyard of their compound heard a baby crying in a soak-away and raised alarm.

A statement by the Command’s spokesperson, Abimbola Oyeyemi in Abeokuta on Wednesday, November 20, 2019, stated that on receiving the information, the DPO Owode-Yewa, Sp Olabisi Elebute quickly led a team of policemen to the scene where the baby was rescued with the assistance of members of the public.

According to Abimbola, investigation later revealed that it was the said Risikat Olabintan who gave birth secretly to the baby and threw him inside the soak-away as early as 5am of that day, hence she was apprehended.

On interrogation, she made a confessional statement that she actually gave birth to the baby which is the sixth of her children and that she has no means of feeding them all since her husband has absconded to an unknown destination for quite some time now.

Both the baby and the mother are presently in the hospital for medical attention and the baby is responding positively to treatment.

Meanwhile, the Commissioner of Police, Imohimi Edgal has directed that the case be transferred to Anti-Human Trafficking and Child Labour Unit of the State Investigation and Intelligence Department for proper investigation.