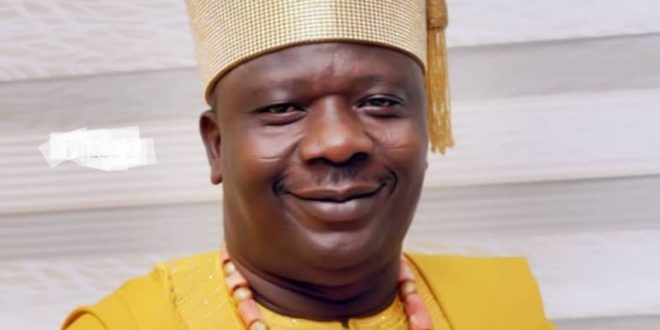 The attackers arrived the community as early as 10am armed with dangerous weapons and waylaid residents of the community.

An eyewitness said it took the intervention of the community youths who whisked away the royal father of the town, Olu of Sunren, Olorunsogo, in Ifo local government, Oba Samuel Olukayode Sodimu from being killed.

The assailants, according to one of the youths, claimed that they are the rightful owners of the land from Ibaragun, Papalanto, Ofada, and Iro to Olorunsogo which is about 30 kilometres road.

Speaking to newsmen from his hideout, the Olu Sunren, Oba Sodimu explained that, the crisis started in November 2020.

He said, despite a series of petitions to the Police and the Ogun state government, there was no help from anywhere.

“We called the police, they did not yield to our calls. They said, about 60,000 acres of our lands have been given to former President Obasanjo. Even, about 60 percent of the community lands have been put under government acquisition.

“The attackers shot sporadically for over five hours without police intervention. They said they wanted to take possession of our land. I called the PPRO myself who said we should go to the Police station, we got to the police station, the police told us Baba Obasanjo had instructed them not to intervene in the land matter.

“We will remain resolute to defend our land with the last drop of our blood. We will not vacate the town for them, we shall wait to resist any attempt to take our land from us.”

He explained that, the only incident that took place was the court ballif who went in company of some policemen to the community to enforce a Supreme Court judgement.

“To the best of my knowledge, the Kabiyesi called me truly, but after investigation, we discovered that it was the court Ballif that went to the community to execute the Supreme Court judgement.

“The acclaimed land owners brought the judgement and we verified it to be genuine, so the Commissioner of Police directed the policemen to accompany the court Ballif to the place to execute the supreme court judgment.”.

When the kaabiyesi was later contacted after police response, the monarch said those that invaded the community were not ballif and police, they are armed assassins shooting sporadically with intention to kill anyone that comes their way.

On the purported judgement they claimed to have obtained from the court, the monarch stressed that they were not joined in the suit or communicated to them that there was a case in court contesting the ownership of the land.

After getting the knowledge of the court case, we have to quickly swung into action and the case was dismissed in court, Oba Sodimu affirmed.

The monarch therefore called on the state government to intervene immediately so that the peace being enjoyed presently will not be jeopardised because the youth in the community were resolute to resist them since there was no place for them to go.