Breaking News
Home / HEADLINE / 2023 Presidency: Ex-Emir, Sanusi Speaks On Rumour, Says, “I Have No Immediate Plans To Go Into Politics” 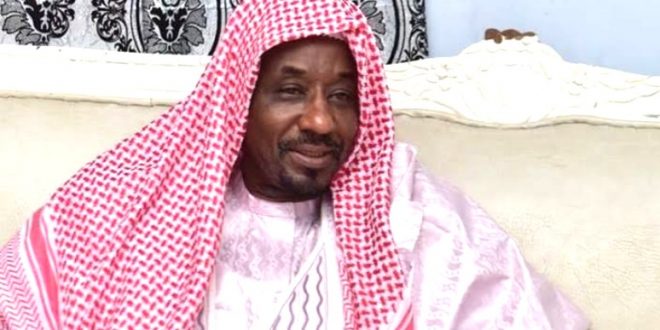 2023 Presidency: Ex-Emir, Sanusi Speaks On Rumour, Says, “I Have No Immediate Plans To Go Into Politics”

Idowu Hamed September 6, 2020 HEADLINE, NEWS, POLITICS Comments Off on 2023 Presidency: Ex-Emir, Sanusi Speaks On Rumour, Says, “I Have No Immediate Plans To Go Into Politics” 14 Views

LAGOS – The rumour making rounds that the deposed Emir of Kano, Muhammadu Sanusi was purposely removed from the throne so as to enable him run as President in the next general election in the country may not be true after all.

Mallam Sanusi, who was also the former Chief Executive Officer of First Bank of Nigeria in an interview on Arise TV breakfast television programme on Friday, September 4, 2020, dismissed the speculations, insisting that he is not interested in going into politics.

In the interview, the former Central Bank of Nigeria Governor said there are many ways he can render public service without seeking for election into a public office.

His words,: “People have been talking to me about politics even when I was at the CBN in 2011; that they wanted me to be presidential candidate. I have never had an interest in partisan politics. The nature of my family is that we consider ourselves as leaders of all people and politics can be very divisive. You can join one political party and then alienate yourself from others.

“All I can say is that this is not something that is for me as an objective. I think there are many ways of being of service to the nation. If you look at my CV, I started off as an academic. I was teaching economics at Ahmadu Bello University and after just two years before I could complete my Master’s thesis I decided to go into banking for just no reason. And I have made a success of my career as a banker, as a regulator and as an Emir.

“Maybe it is time to publish some collections of my articles that have no relationship with economics at all. They are about Sharia, identity etc. I had written some of them between 1999 and 2005. It may come out in a few months. Then the book on central banking will come out.”

“I still will like to write a book on the impact of certain interpretations of Moslem family laws on the development of Nigeria. It will deal on the interpretation of the law and certain cultural practices around child marriage, child rights and how they have contributed to poverty and underdevelopment in Northern Nigeria.

Mallam Sanusi continued, “And in the process I am thinking that maybe I could get a Ph.D and maybe go back to my first career that I never concluded and just be a professor in different universities abroad. And the great thing with the life I have led is that if I complete that Ph.D, how many universities would have someone with a PhD who has been a bank CEO, Governor of Central bank and Emir? So, it is a kind of CV that would give you any university in the world, whether it is Harvard, Oxford or Cambridge and anywhere you want because it is now about my entire life experience.

“I am going to take life as it goes. I am in no hurry. I have enough on my plate and I see my life as life of service and I don’t think that public service is limited to elected office. Any opportunity I have to serve, I would take it if it is something I think I am capable of delivering. I have no immediate plans to go into politics.”

It will be recalled that there have been speculations on what the deposed Emir of Kano, will be doing while some political pundits described him as a joker from the Northern part of the country in the 2023 general elections, others put pressure on Sanusi to join the 2023 presidential race because of his pedigree and achievements, but he refused to bulge.

However, observers of the scene say, time will tell as nobody knows tomorrow.

Tags "I Have No Immediate Plans To Go Into Politics"# 2023 Presidency: Ex-Emir Sanusi Speaks On Rumour SAYS