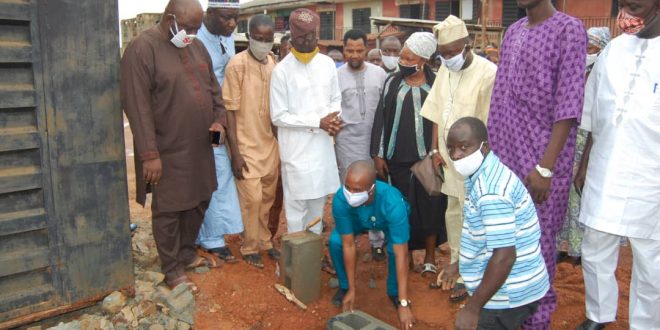 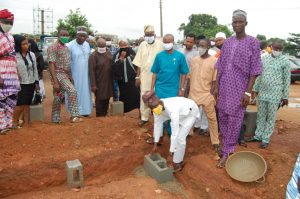 ABEOKUTA: Abeokuta South LG Transition Committee, under the able Chairmanship of Hon. Ayodeji Michael Shomide, has embarked on the construction of fifty open market stalls at Asero motor park, Abeokuta, in order to discourage plying of goods on the roadsides/highways, by the traders, so as to ease the incident of traffic holdups, in the area.

According to a press release e-signed and made available to StarTrend Int’l magazine & www.startrendinternational.com by Sodeinde Kolawole, Information Officer, ABK South LG., Performing the laying foundation of the 50 open market stalls, the Honourable Commissioner for Local Government & Chieftaincy Affairs, Afolabi Morufu Afuape, appreciated the efforts of various governments, at providing the much needed dividends of democracy, at all levels.

He assured the people of Abeokuta South LG of speedy completion of all the projects embarked upon by both the State & Local Governments, since the two administrations came to power on the same political party, with the same vision, goals & objectives. 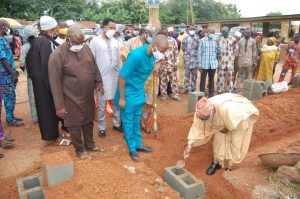 In his own remarks, the Local Government Chairman, Hon. Shomide disclosed that the intention of his administration, apart from the provision of suitable & habitable market environment, centred on the need to discourage street trading and display of wares/articles on the roads, which often prevent pedestrian and vehicular movements at Adatan, via Asero, and to ensure the safety of lives of the people,

He assured the market men and women of non political partisanship, in the course of subletting all the fifty open market stalls to the prospective interested traders, admonishing them to make the best use of the open stalls when completed.

Hon. Shomide, therefore, made it known that the project was identified, assessed and conceived, through the community based requests, affirming that the project was not politically motivated, but for the good interest and usage of the people in Abeokuta South Local Government areas.

The Alake and Paramount Ruler of Egbaland, Oba Dr. Adedotun Aremu Gbadebo Okukenu iv, ably represented by Aare Baaroyin of Egbaland, Chief Lai Labode, expressed His Royal Majesty delight, for the landmark and the impact of such developmental project, to the people of the LG, and Egbaland as a whole. 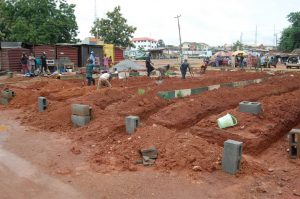