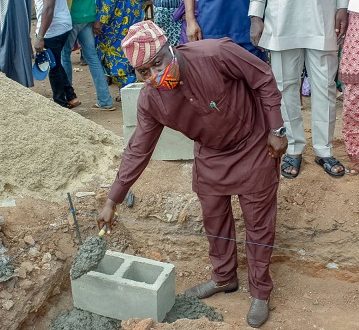 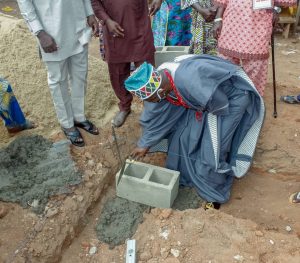 ABEOKUTA: The Chairman of Transition Committee, Remo North Local Government, Hon. Abiodun Somoye, has promised that all members of the Committee and himself would always be transparent & committed to the discharge of their duties, towards the onerous task of communities development, in the LG area.

According to a press release e-signed and made available to StarTrend Int’l magazine & www.startrendinternational.com by Akinyera Busola, Information Officer, Remo North LG, Isara, Hon. Somoye made the promise during the laying foundation for fifty first phase, out of one hundred open market stalls of the LG, at Isara market, performed by the Odemo of Isaraland, His Royal Highness, Oba Adebose Mayegun, as part of the dividends of democracy, at the grassroots.

The Chairman, further disclosed that his Transition Committee, could not waste time in making sure that the impact of the present State government, under the able leadership of His Excellency, Prince Dapo Abiodun, was adequately felt at the LG level, hence, according to him, the availability of necessary logistics and putting in place of needed materials/workforce, for the timely completion of the project.

Hon. Somoye, finally revealed that whenever the fifty Open Market Stalls were completed, the allocation would be on the basis of first come, first served, without any political and religious sentiment/colouration or consideration, in the process of subletting them to would be interested market men and women. 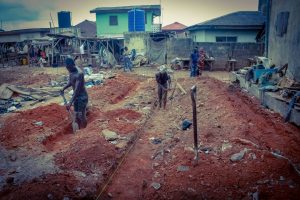 The Odemo of Isaraland, while laying the foundation, commended both the Local & State Governments, for their concerted efforts to improve the lot of the people, at the LG level,, adding that the governments initiatives to embark on such a laudable market project, at this time, would have a resounding impact on the economic wellbeing & lives of the people at the grassroots.

Present at the event were all members of the LG Transition committee, the HOLGA, Mrs Bola Oshin, the representatives of Senator Odunjirin & Hon.Adebiyi Adeleye, amongst other important personalities.