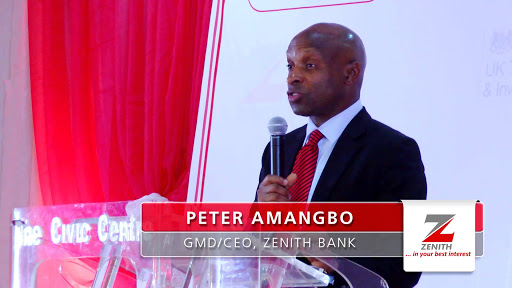 Zenith International Bank recently presented free eye glasses to 183 public primary school pupils in Lagos as part of its Corporate Social Responsibility (CSR) projects.
The presentation of the eye glasses to the pupils took place at the Yaba LCDA Secretariat.
The initiative was conducted by VisionSpring and Catholic Optical Outreach with Zenith Bank as the financier.
Mrs. Eunice Sampson, The Head, Corporate Social Responsibility Unit of Zenith Bank, said that the initiative was part of the bank’s efforts in giving back to the society.
She said that the bank’s plan was to attend to 1000 primary school pupils who needed optical aids, but realised that 183 actually needed the assistance after conducting free eye tests at various schools.
Sampson said the importance of eye sight could not be overemphasized as children needed it for their academic performance.
She said that the bank was happy to be associated with the project.
Mrs. Atinuke Adeyinka, a representative of VisionSpring, said the organisation’s goal was to ensure improved quality of life through improved vision.
Adeyinka said that children, as the future leaders, could do better academically if their sight problems were detected early in life.
She said that the initiative was taken to public primary schools in order to have access to those who could not afford it, adding that poor vision should not be a barrier to children’s education.
According to her, early detection and treatment of vision problems in children is important in eradicating blindness.
She said that her company’s plan was to take the programme to other local government councils in Lagos State and the company had been in discussion with the Lagos State Government to extend the programme beyond primary schools. 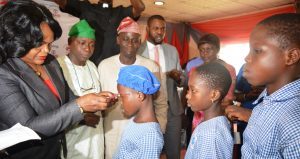 Mr. Kayode Omiyale, the Executive Secretary of Yaba LCDA, commended Zenith Bank’s efforts in giving back to the society as the financier of the project.
Omiyale said that Yaba LCDA was happy when the organisation wrote to the secretariat about its intention.
He thanked the VisionSpring for choosing the LDCA for such initiative, adding that the council would continue to welcome ideas that would have positive impacts on its people.