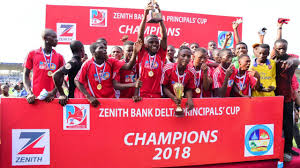 Zenith Bank Plc, the sponsors of the ongoing Delta State Principals Cup, has charged all the remaining 26 teams in the competition to embrace fair play.
The frontline bank in partnership with the government of Delta State under Governor Ifeanyi Okowa revived the competition in 2017 to boost grassroots development in the state.
The 3rd edition of the tournament organized for secondary schools Delta State will enter intensive stage from January 21 with the zonal elimination series.

Group Managing Director of Zenith Bank, Peter Amangbo, recently advised all the participants of the competition to be fair on and off the pitch.

His words: “All the players of different school should be friendly with one another because we expect they will meet in future. It is also important for them to demonstrate discipline which is an integral aspect of the game.

“Officials and all organisers should be fair to the young ones so that a true champion will emerge in the end. The issue of fair play cuts across all those involved in the tournament. We are very proud of this competition and expect the best as the tournament enters crucial stages.”

This year’s edition started from the preliminary stage in October 2018, but the organisers are now working round the clock to make the ongoing edition unique in many ways.

Head of the organizing team, Tony Pemu, said the fixtures of the zonal qualifiers have been drawn as the 26 schools would compete for honours in 10 zones scattered all over the state.

The zonal elimination series will take place between January 21 and 25 with three teams in each of the zones.

Eight teams are expected to qualify for the last eight stage of the tournament. Dates and venues for the semi and final matches are yet to be determined by the organisers. 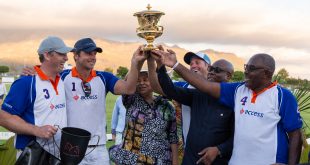 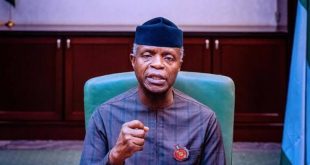