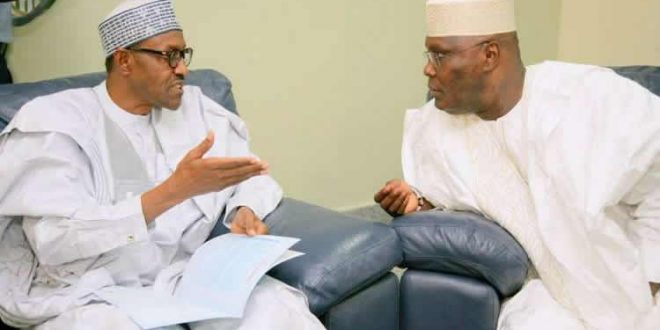 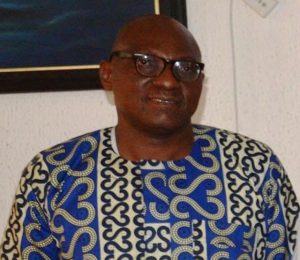 Head of the National Council on Privatisation (NCP), the Buhari Media Organisation (BMO) has accused former Vice-President Atiku Abubakar as being directly responsible for the pauperisation of millions of Nigerians.

It said this contradicted his claims that the President Muhammadu Buhari administration ruined the country.

In a statement jointly signed and made available to the media on Tuesday August 6, 2019 by its Chairman, Niyi Akinsiju and Secretary, Cassidy Madueke, BMO noted that the presidential candidate of the Peoples Democratic Party (PDP) in the last election is again pushing a false narrative to fool undiscerning Nigerians.

“We are not surprised that the former Vice-President has jumped on a United Nations Development Programme (UNDP) report issued last month to take a swipe at a man he clearly considers as his nemesis.

“The UN body had noted that slightly over 98 million Nigerians were living in multi-dimensional poverty, but, as usual, the PDP presidential candidate did not fully grasp the details before launching an attack on President Buhari,” the statement said.

It added: “The report indicated that about 46 per cent of Nigerians were poor as at today, but Atiku Abubakar needs to be reminded that   60.9 per cent of Nigerians, or 100 million people, were living below the poverty threshold in 2010, and 120 million in 2012, according to the World Bank, which is the body that provides a global poverty headcount.

“Interestingly, the period the country had an exponential spike in the number of people living below $1 a day was during the 16 unbroken years that the former Vice-President’s party held sway in Nigeria.”

BMO also noted that the PDP stalwart created the pathway for Nigeria’s struggle with poverty alongside his then principal, Olusegun Obasanjo, with the less than transparent privatisation he presided over.

“It is not a secret that Alhaji Abubakar was the executor-in-chief of what has gone down in the annals of the nation as a major heist of the nation’s assets, an action that later pitched him against former President Obasanjo.

“He literally sold off several government-owned enterprises for less than their market values to his cronies to strip and cannibalise, and in the process, tens of thousands of workers were denied their livelihood and laid off without benefits. It is also on record that he kept one of the prized assets (Onne Port) to himself.

“Or, does he also have to be reminded of the period when the nation’s Education sector virtually collapsed, but that was when he and former President Obasanjo established high profile private secondary and tertiary institutions?

“So, if Atiku is searching for the person who plunged Nigerians into multi-dimensional poverty, he should just look into the nearest mirror, or maybe he could tell us how many people he drove into penury and how many had their pensions paid, even after the terminal date of the Obasanjo administration.

“In case he missed the latest news, the Buhari administration, through its Pension Transitional Arrangement Directorate (PTAD), has paid the outstanding severance package of over 1,500 verified eligible former workers and next-of-kin of deceased former workers of Savannah Sugar Company.

“The former Vice-President cannot say he has forgotten that these workers were not paid their benefits when they were disengaged in 2002, after the company was privatised.

“This is just one out of many examples of how President Buhari has been cleaning up the mess left by Atiku and his party’s leaders, who have not shown any form of remorse but are rather prepared to also insult the sensibilities of Nigerians.”

The BMO urged the former Vice-President to heed the advice of his former boss and seek proper forgiveness from Nigerians for the harm he did the country.