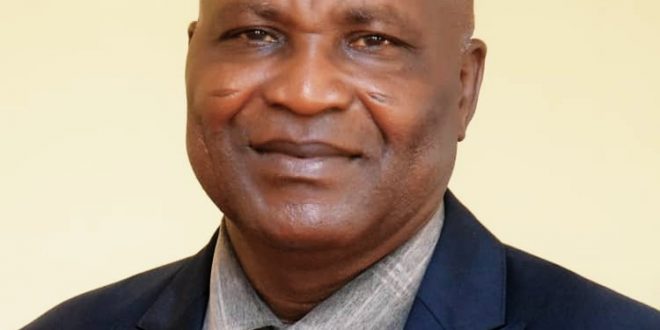 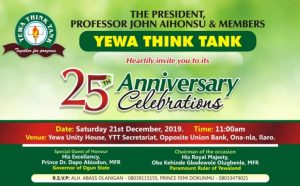 According to a release e-signed and made available to StarTrend Int’l magazine & www.startrendinternational.com by Prince Femi Dokunmu, Publicity Secretary of YTT, the Ogun State Governor, Prince Dapo Abiodun, his Deputy, Engineer Noimot Salako-Oyedele and the Paramount Ruler of Yewaland, Oba Kehinde Olugbenle are among dignitaries expected to grace the epoch event.

Highlights of the programme is the presentation of Merit Awards to some distinguished Yewa sons and daughters for identifying with the goals of Yewa Think Tank, in promoting the socio-economic development of Yewaland.