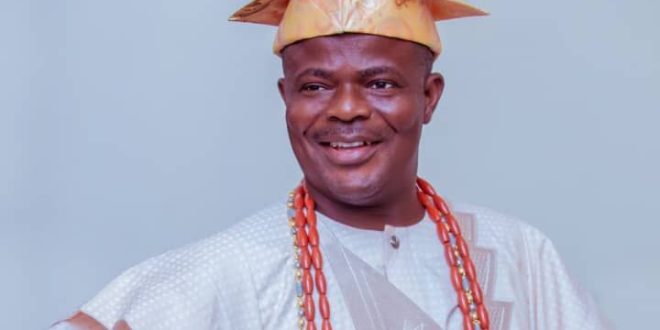 According to a release e-signed
and made available to StarTrend Int’l magazine and online – www.startrendinternational.com by Pastor Femi Akinola, Secretary General of YPDC, the inauguration will be done by the Olu of Ilaro & Paramount Ruler of Yewaland, HRM Alayeluwa Oba (Dr) Kehinde Olugbenle MFR, who is also the President, Board of Trustees, YPDC.

“This is an epoch-making event for the development of Yewaland: To incorporate the Yewa people all over the world irrespective of their location, into one body of people with common goal and aspirations; To promote unity amongst the Obas and the Traditional rulers of Yewaland; To promote unity with love and good understanding among Yewa people in any way possible and To bring forth initiative programmes that will promote the people of Yewaland.

“This is the next stage of the expansion of YPDC to the grass roots in the various communities”, Pst. Akinola posited.

YPDC is a creation of the Yewa Traditional Council for the coordination of the effective development of Yewaland, serving as a Council of all Development-oriented organisations in Yewaland.

It is a non profit organization approved and registered by the Corporate Affairs Commission of the Federal republic of Nigeria (CAC) with the certificate Number 160967 dated 30th Day of June 2021.

The sole purpose of YPDC,Yewa People Development Council (YPDC), being led by Prof. Rahamon Bello as the Chairman and Pst. Bamidele Obafemi Akinola as the Secretary General, is to prevent social exclusion and promote social inclusion and community strength through supporting, developing and promoting UNITY within and among YEWA communities, and YEWA based community managed organisations which focus on community development, social inclusion and community-focused services as well as promote effective development of Yewaland.

This exercise is being embarked upon in accordance with Section 2.4.3 and 2.4.3.1 of the MISSION AND OBJECTIVES OF THE COUNCIL and Section 4.4.11 as encapsulated in the approved constitution of the association.