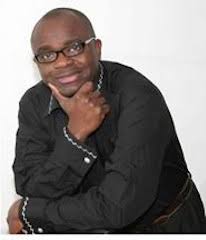 A former Commissioner for Transport in Lagos State, Mr. Kayode Opeifa, has thrown his hat in the ring to challenge the current occupant of the Lagos West Senatorial District, Senator Solomon Adeola, aka Yayi.
Opeifa, who said he was a better man for the zone, however, promised to provide better representation for the people of Lagos West.
Opeifa, who told newsmen in Lagos of his intentions to run for Senate, said: “I am a better man for the zone. I want to assure you that if given the opportunity, I would ensure better representation, as well as bring the plight of the people of the senatorial district to the attention of the Federal Government. I believe if I am given the opportunity, not only the people of my senatorial district will be better for it, but the entire country as I will also ensure robust debate.
“I believe Lagos State West deserves better representation that is full time because it is the largest senatorial district in the country. Some of its constituents are bigger than the population of a state and I believe it can be better.
In addition, Opeifa said: “As the zone with the largest population of 10 million, out of about 23 million of Lagos, our senatorial district, if properly harnessed and presented, can lead to the transformation of the next neighbourhood of Ogun, Oyo and Ondo. We need someone who can move round difference tendencies.”
Speaking on the deplorable state of the Lagos-Badagry Expressway, Opeifa said: ‘What we need is not just a motion, but collaboration between the state and the Federal Government. I will ensure that it further receives the attention of the Federal Government so that it can receive national attention.