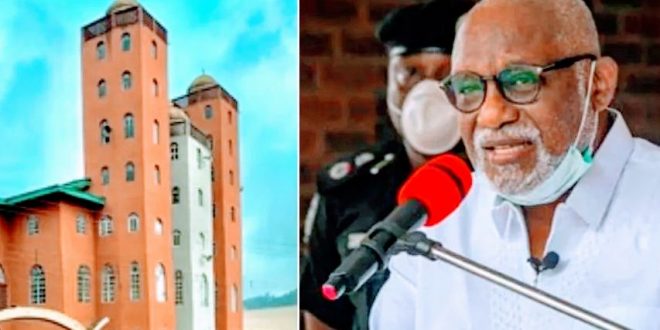 AKURE – The Ondo State Government has said it ordered the closure of Ikare-Akoko Central Mosque to forestall breakdown of law and order.

The Commissioner for Information and Orientation, Mrs Bamidele Ademola-Olateju, disclosed this during a media briefing shortly after the State Executive Council meeting in Akure.

Ademola-Olateju said the State Even also made some far-reaching decisions on other important issues.

She said: “We made some decisions on law and order within the State. We know there are disturbances around the Central Mosque in Ikare-Akoko.

“The Council decided that the Ikare Mosque should be closed down with immediate effect.

“There would be no prayer offered in that Mosque until there is resolution to the issue and the government would be inviting the parties involved in the dispute as well as the League of Imams to resolve the issue at stake.”