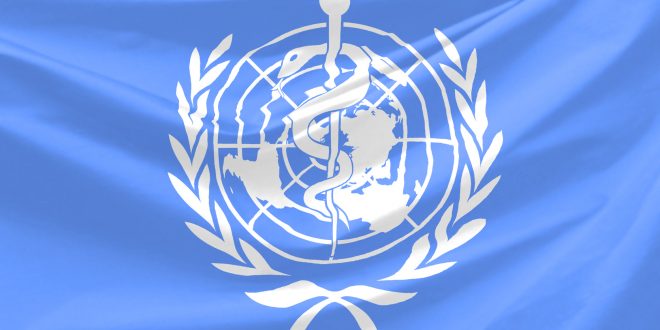 Why Men Die Earlier Than Women – WHO

StarTrend April 9, 2019 HEADLINE, HEALTHWISE Comments Off on Why Men Die Earlier Than Women – WHO 37 Views

A World Health Organisation (WHO) report says men are more likely to die earlier than women due to uneven access to health services.

According to “2019 World Health Statistics” published on the WHO website recently, the trend is similar in low and high-income countries as men often seek health care services less than women.

The health statistics, which according to the report, was disaggregated by sex for the first time, stated that women outlived men everywhere in the world particularly in wealthy countries.

The report said that where men and women faced the same disease, men often seek health care less than women.

It said that only by intensifiying efforts to achieve Universal Health Coverage (UHC) can countries close this health gap and improve the health and wellbeing of everyone.

“Women outlive men everywhere in the world particularly in wealthy countries and the World Health Statistics 2019 disaggregated by sex for the first time explains why.

“In countries with generalised HIV epidemics for example, men are less likely than women to take an HIV test, less likely to access antiretroviral therapy and more likely to die of AIDS-related illnesses than women.

“In many circumstances, men access health care less than women. The report also highlights the difference in causes of death between men and women.

“Some are biological, some influenced by environmental and societal factors while some are impacted by availability of and uptake of health services,” the report said.

It said that of the 40 leading causes of death globally, 33 causes contribute more to reduced life expectancy in men than in women.

The report stated that in 2016, the probability of a 30-year-old dying from a non-communicable disease before 70 years of age was 44 per cent higher in men than women.

According to the report, global suicide mortality rates are 75 per cent higher in men than in women in 2016.

The report revealed that death rates from road injury were more than twice as high in men as in women from age 15 adding that mortality rates due to homicide were also four times higher in men than in women.

The report quoted Dr. Tedros Ghebreyesus, the WHO Director-General, as saying that breaking down data by age, sex and income group was vital to understanding who was being left behind and why.

Ghebreyesus said that behind every number in the World Health Statistics was a person, a family, a community or a nation.

He said that the task of the organisation was therefore to use the data to make evidence-based policy decisions that would move everyone closer to a healthier, safer and fairer world.

“The gap between men’s and women’s life expectancy is narrowest where women lack access to health services.

“In more than 90 per cent of low-income countries, there are fewer than four nursing and midwifery personnel per 1000 people.

“The report was published to coincide with World Health Day commemorated on April 7 yearly.

“One of WHO’s triple billion goals is for one billion more people to have UHC by 2023.

“This means improving access to services especially at community level and making sure those services are accessible, affordable, and effective for everyone regardless of their gender,” the director general said.

Asma explained that for instance, achieving something as simple as controlling blood pressure was just not happening on the scale needed and tobacco use remained a leading cause of premature death.

She said however, that irrespective of the challenges, life expectancy has improved since 2000.

“Healthy life expectancy at birth which is the number of years one can expect to live in full health has increased from 58.5 years in 2000 to 63.3 years in 2016.

She said that the organisation has for the first time published a Global Health Statistics disaggregated by sex.

Asma said that this new analysis has provided insights into the health and needs of people around the world. (NAN).

Previous Bata Back In Nigeria, Builds $1m Plant In Abuja
Next REVEALED: How Saraki Allegedly Brought Intercontinental Bank To Its Knees