Breaking News
Home / POLITICS / Why I Said; Daniel Is My Political Leader – Kashamu 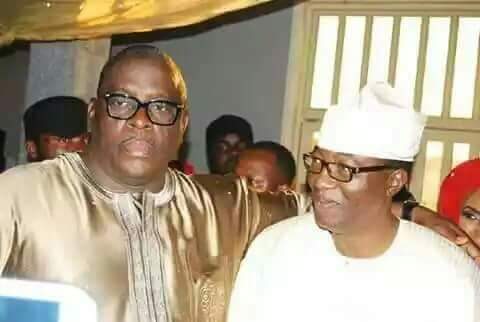 Why I Said; Daniel Is My Political Leader – Kashamu

Idowu Hamed June 12, 2018 POLITICS Comments Off on Why I Said; Daniel Is My Political Leader – Kashamu 217 Views

THE Senator representing Ogun East in the National Assembly, Prince Buruji Kashamu, has reemphisised his eelier statement that the erstwhile governor of the State, Chief Gbenga Daniel, as his political leader.

Kashamu in a statement issued recently and personally signed by him, said the rift between Daniel and himself, would end the political wrangling in the Ogun State chapter of the Peoples Democratic Party (PDP).

Just as he called on all leaders and members of the party to come together and forge a common front in the overall interest of the party ahead of the 2019 general elections, under the leadership of the former governor.

It is on record that the duo, Daniel and Kashamu, had had a long running battle on leadership issues within the party, for close to 10 years, which had negatively affected the performances of the party in the 2011 and 2015 elections.

Kashamu in the statement titled “The OGD/Kashamu Reconciliation: The Glorious Dawn In Ogun PDP” said the reconciliation due to the mediation of eminent personalities and national political leaders, as genuine and long over due.

The statement reads,” My recently publicised reconciliation with HE OGD is truly very genuine and I accept that infact it is long overdue.

“I thank the Almighty God for His grace over both of us, culminating into this resolution of agelong dispute to the betterment and advancement of our teeming supporters, political associates and the Ogun PDP generally. Happening in the holy month of Ramadan, as a practicing Muslim,  I take it as devine and shall be permanent.

“Very importantly, I acknowledge and appreciate the interventions and efforts of eminent personalities and national political leaders as well as the yearnings of our admirers and loyalists, particularly the Ogun youth; that we both reconcile for our state to be better governed under the PDP as previously experienced.

“I highly regard HE OGD as my political leader and worthy former governor of my darling state. I’m also particularly delighted to discover that he also is truly and favourably disposed to me with kind appreciation of God’s endowments to my life.

“For both of us, we have mutually resolved to jointly work together, politically, in our diverse best interests to the glory of God and the socio-economic emancipation of our people.

“Sequel to this, I have caused the meeting of Ogun PDP exco and notable leaders to be conveyed tomorrow, Monday 11th June 2018 for necessary briefings and robust deliberations with regards to this new dawn.

“As of consequence, I most humbly and very sincerely implore all our Ogun PDP leaders, stakeholders and teeming followers across all previous divides to forthwith explore this profound unity in all diversities and interact freely without inhibitions under a united overall leadership of the Ogun state Governor Emeritus HE OGD as our ultimate national leader.”

Tags Why I Said; Daniel Is My Political Leader - Kashamu' 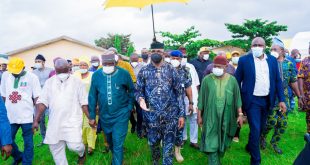 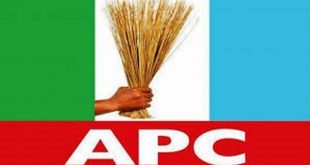