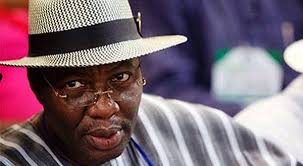 In a letter addressed to the National Chairman of the Peoples Democratic Party (PDP), Prince Uche Secondus, Otunba Daniel stated that his decision to quit politics was entirely personal to him.

He said, “Having served in various capacities, including as Governor of Ogun State, I have resolved to immerse myself in some other vocations and take on some new challenges”.

Daniel, who served as governor from 2003 to 2011, recalled that the PDP ran into troubled waters towards the end of his administration, and this led to the loss which the party suffered in the 2011 elections.

One major challenge which may have forced OGD out of PDP, and consequently led to his retirement from active and partisan politics, is the intractable internal crises which engulfed the party since about ten years ago.

The former governor said, “Meanwhile, the PDP in Ogun State was confronted with a very difficult situation in matter of choice. Whereas, the national leadership of our party recognized one candidate for the 2019 elections, by court pronouncements, another candidate, and in compliance with those court orders, which the Independent National Electoral Commission (INEC) recognized was on the list.

“The candidates recognized by INEC were not acceptable to the national leadership of the party. Our situation was then compounded because the candidate which the court and INEC recognized and accepted as valid has also been expelled by the party. This was the dilemma we found ourselves as we approached the March 9, 2019 Governorship and State House of Assembly elections.

“Going forward, we have responded to the yearnings of our people and joined others in emplacing an administration that we believe will better serve the interest of our people than what currently exists. The rest they now say is history”.

Otunba Daniel said that he has decided to rejuvenate his charity based organization, the Gateway Front Foundation (GFF), and resuscitate the non partisan Political Leadership Academy (POLA) which he established some years ago as a platform of political education to the citizens.