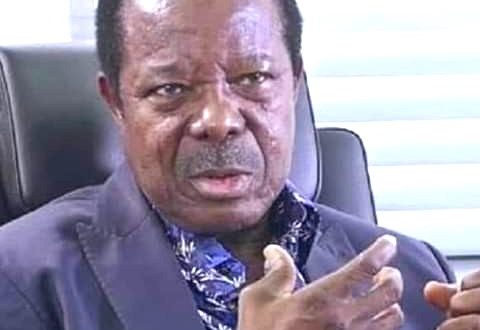 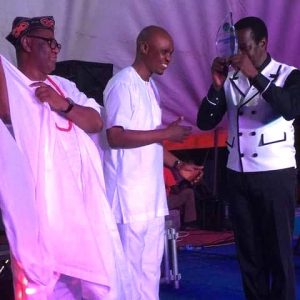 IBADAN – King Sunday Ishola Anthony Adeniyi Adegeye has been described as a listening and humble musician who doesn’t allowed his fame and stardom to erode his sense of reasoning.

Seyifunmi Odunuga of Apreel 1 Events Management stated this on Wednesday, September 22, 2021 on the occasion of 75th birthday of king of the Juju music, saying, “I have been privileged to know several wonderful and great musicians in the entertainment industry.

“Among them is the legendary King Sunday Ishola Anthony Adeniyi Adegeye, popularly known as King Sunny Ade who still stands tall in the scene amongst them.”

Fondly called SeyiChicago, the new generation event management promoter stated further, “Knowing KSA had been so wonderful and memorable through musical tours of different continents of the world; he is such a listening and humble musician not minding his fame and stardom which is rare among artistes of his calibre.

“The African Legend has performed in hundreds of musical concerts which include those in South Africa, and Kenya most especially the 2012 London Olympics. The concerts have been so unforgettable.

“KSA’s exemplary personality coupled with his unique style of music inspired me, Seyifunmi Odunuga of Apreel 1 Events Management to celebrate him five years ago when he clocked 70 years through a dear brother, the founder of POA Classic Studio and the Sound Engineer of King Sunny Ade, Muyiwa Awotusin at Obafemi Awolowo University, Ile Ife. 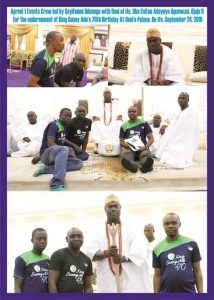 “The show was a musical concert that took place at the palace of Olofin Adimula, Ile Ife, Oba Enitan Babatunde Ogunwusi, Ojaja II, Oonirisa, tagged; Ooni Celebrates KSA @ 70. The event featured the likes of King Sunny Ade himself, Tuface, Mega”99, King Dele Bravo and host of others. All these memories came to me as if it was yesterday.”

SeyiChicago noted that “As I celebrate this great world music icon @75, King Sunny Ade, your presence has been one of the greatest gifts to the world of music. Your music played and still plays a phenomenal role in the musical history.

“You are a legendary music icon who deserves nothing but a legendary birthday celebration. May God bless you beyond any human comprehension.”

Tags KSA 5 Years Ago - SeyiChicago# Why I Celebrated Music Legend