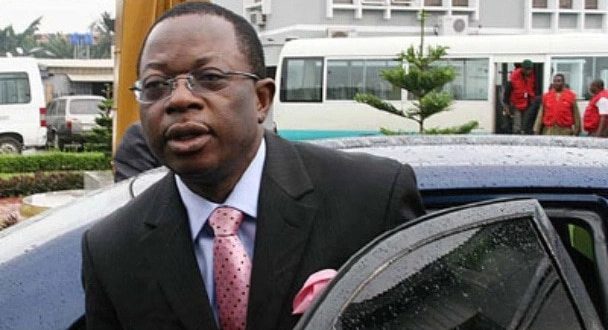 He is facing an amended 22 count charge bordering on money laundering and he had pleaded not guilty to the charges.

The prosecution had opened its case and its second witness, Mr Abdulraheem Jimoh is still been led in evidence.

When the case was called on Wednesday, the prosecutor Mr. Rotimi Jacobs (SAN) informed the court of an amended charge filed by prosecution.

He urged the court to accept the charge and cause the plea of the defendant to be taken afresh.

Akingbola was re-arraigned on the charge written Further Amended Charge, and marked FHC/L/443C/2009.

In the charge, he was alleged to have between November 2007 and July 2008, while being the MD of Intercontinental Bank, caused to be created a misleading appearance of active trading in the shares of the bank in the Nigerian Stock Exchange (NSE).

He pleaded not guilty to the charges, on his re-arraignment, and after his plea was taken, trial continued.

The witness an Investigator, who had earlier given evidence before the court, was cross examined by defence counsel, Chief Wole Olanipekun (SAN).

When asked by defence if he recalls that in his statement before an Ikeja High Court he had testified writing the statement at the EFCC office, the witness replied “I can’t recall”

The Court has adjourned until March 14 for continuation of trial.

In the charge, the defendant was also accused of converting an aggregate sum of 1.3 million dollars and 8.5 million dollars, which sum was taken from the bank’s GBP NOSTRO account at Deutsche Bank in London.

The sum was said to have been remitted into the account of Fuglers Solicitors with the Royal Bank of Scotland in London, to purchase property in the name of Life Boat Settlement Trust, set up by the defendant.

According to the prosecution, the defendant knew that the sums represented proceeds of crime which includes stealing.

The offence also contravenes the provisions of sections 14(1) of the Money Laundering Prohibition Act, 2004.