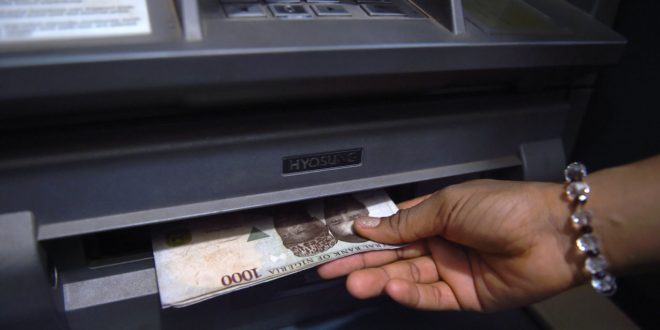 Speaking on the sideline of UBA Annual General Meeting held at the Eko Hotels & Suites in Victoria Island, Lagos, Uzoka said Nigerian banks charge customers for ATM transactions due to the cost of owning these ATMs in Nigeria.

According to Uzoka, the absence of ATM manufacturing firms in Nigeria (and Africa at large) makes the cost of purchasing the product to be on the high side.

He also noted that the lack of stable electricity in the country negatively impacts the cost of running the ATMs.

He explained that such charges are not experienced in foreign countries because the process of ordering for ATMs is easy.

Moreover, foreign banks do not depend on alternative power supply to run their ATMs.

“The ATM business in Nigeria requires a lot of reviews. You Know, those who say that you withdraw the charges need to understand that we are in a peculiar environment,” Uzoka said.

He added, “We all go abroad, UBA operates in London for instance and wants to put an ATM, we just tell the ATM provider, get a space, you put the ATM, everything is there. In Nigeria, you buy an ATM, you pay import duties to bring it because they come from abroad, we don’t manufacture ATM in Africa.

“Three, you have to put power, sometimes, you have two generators, inverters, these all cost money. But we in the industry believe we need to serve our customers, so ATM is not a profitable business for us, but we believe at some point, it will be reconsidered.”

Uzoka, however, said the removal of ATM charges won’t affect the bottom line of UBA.

According to him, the deployment of ATM across UBA branches is for customers to experience fast and better service.