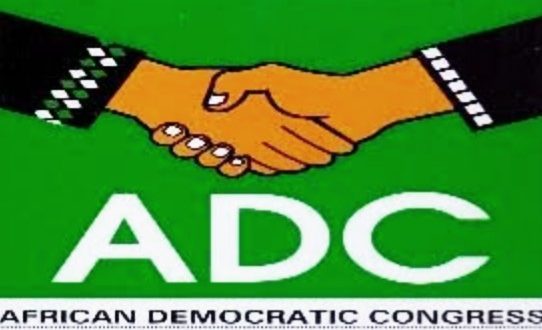 Why ADC Lawmakers Opted Out Of Defection To APC In Ogun

Idowu Hamed January 13, 2020 HEADLINE, NEWS, POLITICS Comments Off on Why ADC Lawmakers Opted Out Of Defection To APC In Ogun 238 Views

By Raymond Osho
ABEOKUTA: The elected lawmakers on the platform of African Democratic Congress (ADC) in the 2019 general election have opted out of the defection plans by their party – ADC which it embarked to join the ruling government o All Progressive Congress (APC) in Ogun State.

These ADC lawmakers include Hon. Olaifa Jimoh Aremu (OJA), a member of the House of Representatives, and three members of the state House of Assembly.

Hon. Olaifa who spoke through his Senior legislative aide, Comrade Wale Junaid on Sunday, January 12, 2020, said the lawmaker would not be part of the defection plans.

His words, “Hon. Olaifa Jimoh Aremu (OJA) representing Egbado North/Imeko Afon Federal Constituency at the Federal House of Representatives, Abuja, is not with our leader and symbol, Prince Gboyega Nasir Isiaka (GNI) on the plan to defect to APC.

“However, I am happy to inform you that this does not affect the existing cordial relationship, cooperation and understanding between Governor Dapo Abiodun-led APC government in Ogun State and the four elected lawmakers from ADC as this is continuing.

“Also, our leader, Prince Gboyega Nasir Isiaka (GNI) and the four elected lawmakers are in constant talks; they meet regularly and relate harmoniously.”

Recall, three-time governorship candidate in Ogun State, Prince Gboyega Isiaka, and his followers have shown interest to formally defect to the ruling All Progressives Congress (APC) on Tuesday, January 14, 2020.

GNI as he is fondly called by his admirers, who was the governorship candidate of African Democratic Congress (ADC) in the 2019 elections, will be received into the APC by the Ogun State Governor, Prince Dapo Abiodun.

It was also gathered that some leading politicians in the ADC and Peoples Democratic Party (PDP) will also declare for the APC on same day.

According to Mr. Tunde Oladunjoye, the Publicity Secretary, APC Caretaker Committee in a statement issued to the media on Sunday, January 12, 2020, the event would hold at the Ake Palace Ground, Abeokuta.

Oladunjoye said the political big wigs and thousands of their followers from the 20 local government areas of the state would move into the ruling party, saying that the impending defection was in line with the governor’s policy of inclusiveness.

“It would be recalled that Governor Dapo Abiodun since his inauguration has insisted on and continued to run an inclusive government involving politicians of various political parties and technocrats.”