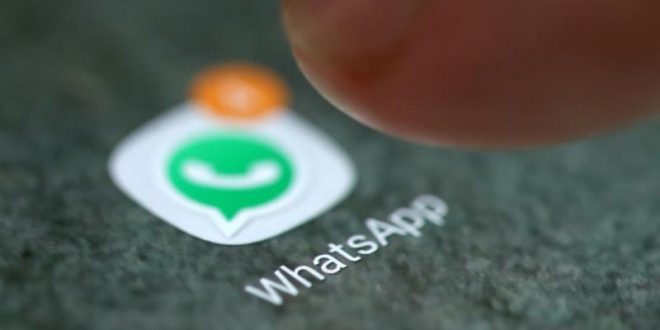 The popular messaging app is currently available on Android smartphones, iPhones, as well as desktop and laptop computers through WhatsApp’s website.

Anyone who currently wishes to use WhatsApp on an iPad is required to login through the web service. An official iPad app would significantly improve a user’s experience, with screenshots of what it might look like uncovered by WaBetaInfo.

They showed a redesigned chat section, which can be viewed as a split screen to make navigating between conversations easier.

It is not clear when the dedicated app will be launched, though a test version is expected to be released in the coming weeks.

Another forthcoming WhatsApp update, also spotted by WaBetaInfo, will give admins greater power and control over the groups they oversee.

Admins will now be able to prevent members from spamming the group with frequently forwarded messages.

The update is intended to prevent the spread of fake news, which often spreads across the messaging app through forwarded messages.

Group admins will be able to block their spread in future by visiting the Group Settings and enabling the new feature.

The new feature is currently being tested in an Android version of the app but is not currently available for the public.

Other anticipated WhatsApp updates include a Dark Mode for Android that will reduce screen glare and make it easier for WhatsApp users to view messages in low light conditions.