Breaking News
Home / POLITICS / What Godfatherism Will Do… The Muiz Banire Factor! 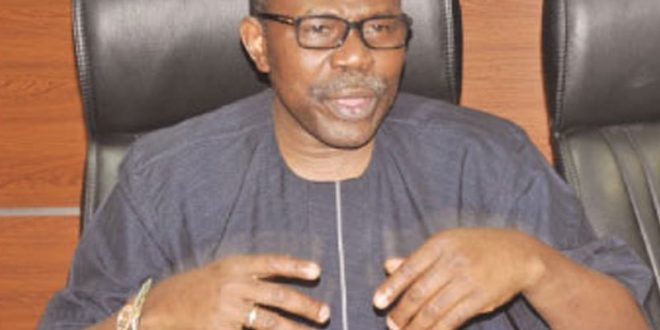 StarTrend May 16, 2019 POLITICS Comments Off on What Godfatherism Will Do… The Muiz Banire Factor! 9 Views

If you don’t like something, change it. If you can’t change it, change your attitude. It is your attitude, more than your aptitude, and that is what determines the height of your achievement in life.

Many people think that luck plays a major role in the lives of successful people, but I don’t think so, because I believe awareness, information and company of people you interact with, often than not determine the level of your success.

Take for example, people living in villages. They never dream of buying an aero-plane. Most of them have never entered a car in their lives, not to talk of a plane. So they don’t have the ambition of owning a plane.  If you were in Europe, your first contact will determine how you will end up in life.

The people you associate with will determine the type of job and career you are likely to end up with. I remember when astute politician, Senator Ganiu Solomon brought Barrister Muiz Banire to Asiwaju Ahmed Tinubu in the year 2003, some of us were not happy, because we preferred Dr. Kadiri Obafemi Hamzat. Hamzat had graduated from University of Ibadan and was a strong member of the Muslim Students Union.

Of course, very reliable and intelligent, Banire comes from the same Mushin axis with Dr Hamzat; he was made a Commissioner for 12 years and later, Legal Adviser to the All Progressives Congress (APC) national by Asiwaju Tinubu. Banire was then the youngest among us all.

I was looking for an opportunity to become a Commissioner under the late Lam Adesina administration at that time, but I was told by Baba Bisi Akande that Aare Arisekola was pro-North and their party AD is anti-North. And besides, I was too young to serve under Baba Lam Adesina.

So he directed me to go back to Ibadan and collect a written letter from Aare that he wanted me to join their party, AD. So, the opportunity that Muiz Banire had in Lagos was not available in Oyo. Bola Ahmed Tinubu did not place embargo on age limit, and we did not have that in Oyo.  Majority of Asiwaju’s kitchen cabinet members then were young and intelligent guys.

When it came out in the media that Banire was asking an un-intelligent question of how to defeat godfathers in Lagos, I wasn’t surprised because, he was only fortunate to be in the right place at the right time.  Some of us who he met in politics are still struggling till today.

He was introduced to national politics by the same godfather who he is now thinking of defeating.  What an irony!  But I think some of us are always over-rating people above their intellectual capacity. When a Senior Advocate of Nigeria from the South-West now needs someone like Nasir El-Rufai to lecture him on how to defeat a godfather in the South West, it really becomes doubtful.

If that SAN had any intellectual ability, it brings to question on his integrity. In fact, this is awkward. Banire’s paternity and academic qualification need proper scrutiny. I even doubt his Yoruba lineage. There is a popular proverb in Ibadan that it is easy to take people out of Mushin but very difficult to take Mushin out of them. Banire is just showing the Mushin part of him. Simple! 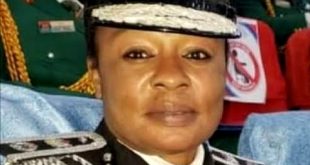 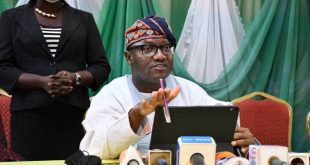 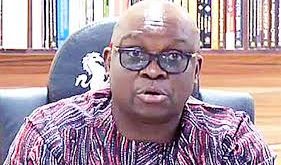