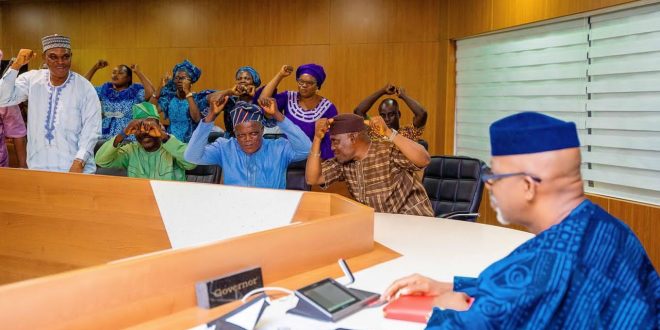 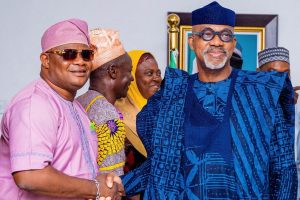 ABEOKUTA – The Ogun State governor, Dapo Abiodun says his administration will soon set up a special committee on the rehabilitation of public schools in the state.

According to a release e-signed and made available to StarTrend Int’l & online – www.startrendinternational.com by Kunle Somorin, Chief Press Secretary to Governor Dapo Abiodun, the governor made this known when he received the Ogun State chapter of the Association of Primary School Head Teachers of Nigeria (AOPSHON) at the Exco Chamber of the Governor’s Office, Oke Mosan, Abeokuta.

He explained that the special committee would look into the public schools that are not included in the State Universal Basic Education Board (SUBEB) programme.

The governor informed his visitors that his administration has paid the state counterpart fund SUBEB with the view to further intervene in the development of basic education in the state. 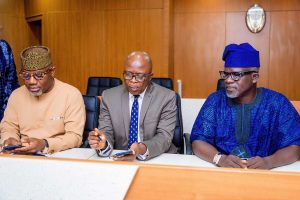 He further disclosed that the state government would be launching its Education Trust Fund for the purpose of the Special Committee, adding that funds from the trust fund would assist the special committee on rehabilitation of public schools.

“We have paid another counterpart fund to SUBEB so they can Intervene further, but beyond SUBEB, we realize they can’t do it alone, I have decided that I am going to set up a special committee on the rehabilitation of public schools.

“That special committee’s responsibility is basic education infrastructure, it will look at schools that SUBEB will not be handling and we have decided to launch our Education Trust Fund specifically for this purpose.

“The fund will be a sinking fund where we will creatively look for money we can put into the fund and it is that fund that will assist the special committee on rehabilitation of public schools to ensure that all the ones not covered by SUBEB is not left for another SUBEB year,” he said.

Abiodun,.who also noted that his administration has decided to localize the production of school furniture in the state, added that the decision would not only empower more artisans, but would also ensure they can be held responsible for a any shoddy job.

“I have requested that the provision of more furniture for our schools across board, but this time, I have decided to localize it’s production to avoid what happened in the past whereby we awarded a contract to someone somewhere, who then brought the furniture to a central position, from where the furniture would then be distributed across other parts of the state. 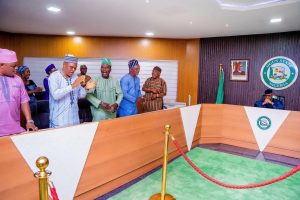 “We have now decided to change the model where our furniture are made from a central position, let us even use this to empower artisans in the immediate vicinity where we have this furniture deficit.

“So, let the artisans in Ogun Waterside be the ones to get the contract to provide the furniture for Ogun Waterside, artisans in Ijebu-Ode provide for Ijebu-Ode, so we can even make them responsible. If the items are substandard, we know who to hold. And we don’t now have pay for the cost of transportation too,” he said.

Governor Abiodun also noted that his administration would make available affordable homes in the state for the head teachers of primary schools. 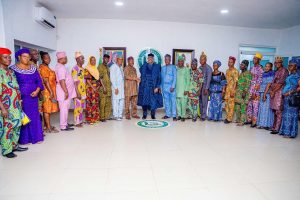 “You mentioned the gazette of the title of the Head Teacher-General, what has slowed that down is because we are trying to ensure that it has the required legislative backing. So, we are working on that to ensure that we have a law, a bill that is drafted that turns into a law so that it is properly institutionalized, so nobody is going to come after my tenure to reverse it,” he said.