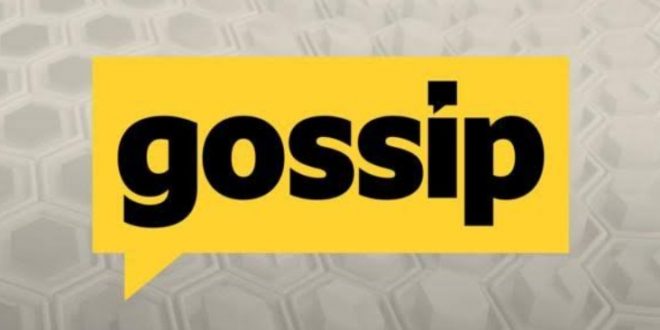 *Chelsea will make a late second bid to sign Napoli and Belgium forward Dries Mertens, 32, after their first approach was rejected.(Telegraph)

*Uruguay forward Edinson Cavani, 32, will not leave Paris St-Germain during the current transfer window.(L’Equipe – in French)

*Serbia midfielder Nemanja Matic, 31,has rejected offers to leave Manchester United and is willing to sign a new contract at Old Trafford.(Telegraph)

*Manchester United have failed in their attempts to sign Bournemouth and Norway forward Joshua King, 28.(Telegraph)

*Tottenham are willing to allow Kenya midfielder Victor Wanyama to leave the club – but only if their £8m asking price is met.Celtic are interested in the 28-year-old.(Mirror)

*Germany forward Thomas Muller could be ready to leave Bayern Munich in the summer. The 30-year-old has spent his entire career with the club but is said to be unhappy about his lack of starts.(Bild – in German)

*Southampton are not willing to allow Denmark midfielder and club captain Pierre-Emile Hojbjerg, 24, to leave amid interest from Tottenham.(Star)

*Nottingham Forest will make a loan offer for Newcastle striker Dwight Gayle, 29, with an obligation to buy the Englishman for £15m if they win promotion from the Championship.(Mail)

*PSV and England Under-18 midfielder Noni Madueke, 17, is of interest to both Arsenal and Wolves.(Mail)

*Manchester United fans are preparing to walk out of Saturday’s Premier League match against Wolves in protest against the club’s owners.(Mail)

📝DEAL DONE: Manchester United have signed Bruno Fernandes on a five-and-a-half year contract with an option for an extra year. He’s joined the club for an initial fee of €55m.

📝DEAL DONE: Hertha Berlin have signed Krzysztof Piatek from AC Milan for a fee of €27m.

📝 DEAL DONE: Monaco have signed Harisson Marcelin from Auxerre on a deal until 2024. (Source: @AS_Monaco)

📝 DEAL DONE: Napoli have signed 24-year-old striker Andrea Petagna for around €17m + bonuses. He’ll be sent back to SPAL on loan for the season. (Source: @sscnapoli)

📝 DEAL DONE: Newcastle have signed Danny Rose from Tottenham on loan until the end of the season. (Source: @NUFC)

📝DEAL DONE: Wolves have completed the signing of Daniel Podence from Olympiacos for £20m. He’s put pen to paper on a four-and-a-half year contract.

📝DEAL DONE: Cardiff City have signed Brad Smith from Bournemouth on loan for the rest of the season.

📝DEAL DONE: Manchester United defender Marcos Rojo has joined Estudiantes on loan until the end of the season.

📝DEAL DONE: Valencia have signed Alessandro Florenzi on for the rest of the season from Roma.

📝DEAL DONE: Chema Rodriguez has completed his move to Getafe from Nottingham Forest for €1.7m on a contract until 2023.

📝DEAL DONE: Millwall have signed Mason Bennett from Derby County on loan for the rest of the season.

📝DEAL DONE: 19-year-old defender Raoul Bellanova has signed for Atalanta from Bordeaux on an 18-month loan deal with a €5m option to buy.

📝DEAL DONE: Roma have signed Barcelona striker Carles Perez on loan with an obligation to buy in the summer for €11m. He will wear the number 31 shirt.

📝DEAL DONE: Southampton have signed Kyle Walker-Peters from Tottenham on loan for the rest of the season.

📝DEAL DONE: Gonzalo Villar has completed his €4m move to Roma on a contract until June 2024.

📝DEAL DONE: Cameron Carter-Vickers has signed for Luton from Tottenham on loan for the rest of the season.

*Yannick Carrasco has agreed to return to Atlético Madrid. He will join on loan and the Spanish club will pay half his wages. (Source: MARCA)

*AC Milan have agreed to sign Alexis Saelemaekers from Anderlecht on an initial loan with an obligation to buy. Personal terms have already been agreed. He will flying to Milan tonight.

*Newcastle United are keen on signing Oliver Giroud and are willing to pay £3m to secure a loan move until the end of the season. He is desperate to leave Chelsea to boost his chances of playing in Euro 2020.

*Kenyan winger Ayub Timbe is set to join Championship side Reading FC on a loan deal from Beijing Renhe, China. The winger has been training with the side for while and he impressed the technical bench.

*Crystal Palace are in talks to sign Jarrod Bowen from Hull City. They are close to agreeing a deal worth £16m + add-ons.

*Manchester United were close to signing Krzysztof Piatek on an 18-month loan deal with an obligation to buy in 2021. But AC Milan wanted to sell the striker permanently now.

*Tottenham are hoping to pull off an audacious late move for Pierre-Emile Hojbjerg. Arsenal and Everton are also keen on the Southampton captain.

*Steven Nzonzi has flown to Rennes to complete his loan move from Roma.

*Former Watford striker Odion Ighalo has been offered to Manchester United. It has been suggested that the Coronavirus could spark an exodus of talent from China.

*Israel Ayedun is a Sports analysis