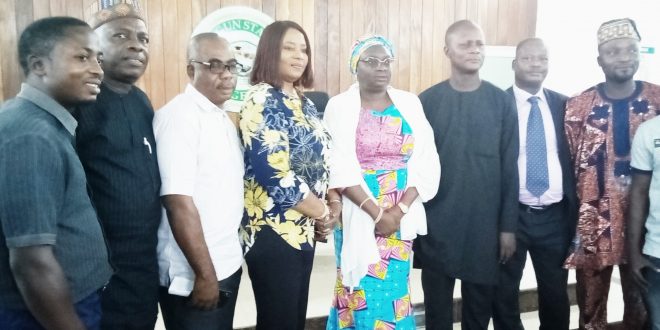 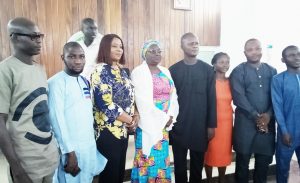 ABEOKUTA: The Deputy Governor of Ogun State, Engr. Noimot Salako-Oyedele has hinted that Dapo Abiodun’s administration is working with the Federal government towards the rehabilitation of all the deplorable roads in the State.

She specifically mentioned Ikanga-Ado-Odo-Owode-Idi’roko and Owode-Ilaro roads among other roads in Ogun West Senatorial District, saying such roads are part of the government’s focus.

Salako-Oyedele who spoke in her Oke-Mosan office, Abeokuta on Wednesday October 2, 2019, during a media parley with Journalists decried the deplorable condition of the roads and other areas of the state, pledging the administration’s readiness to rehabilitate them in due time.

The Deputy Governor stressed that the Governor Abiodun was working to ensure that each local government priotise the bad roads that need to be reconstructed before the completion of their four-year tenure.

Her words: “We are working with the Federal Ministry of Works to rehabilitate those roads, including those earlier mentioned, and assured the people of Ogun State that Governor Abiodun’s administration will leave no stone unturned to put all roads in the state in a motorable condition before our four year term expired.”

When asked why she (Deputy) and the Governor have refused to resume at the Government Houses since their assumption of office over four months ago, Salako-Oyedele cleared the air, saying that the actual reason was to place the interest of Ogun people above theirs.

She hinted that their administration has decided to pend the refurbishment of the Government House in Isale Igbehin and the Deputy Governor’s Lodge in order to focus on the main things in the interest of the people. 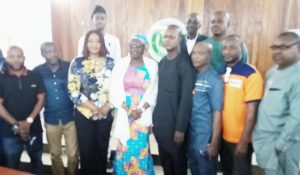 Salako-Oyedele explained that the renovation of the lodges for now would be at the expense of other important things in the administration’s agenda since it would require plethora of money.
Recalled, since Prince Dapo Abiodun was sworn in as Governor of Ogun State, people are still wondering why he and his Deputy have been resuming their offices in Oke-Mosan, Abeokuta from their individual residences.

But Salako-Oyedele insisted that they could not place the interest of the people below their own.