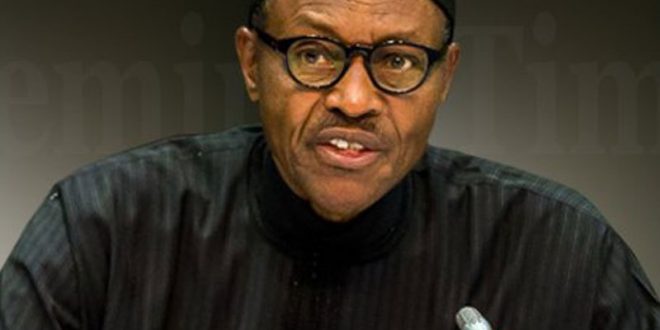 Idowu Hamed April 28, 2018 NEWS Comments Off on Unity Of Nigeria Remains Great Importance To Me – Buhari …Leaves Abuja For US To Hold Talks With Trump 130 Views

President Muhammadu Buhari has once again re-echoed his commitment to the unity of Nigeria, saying it remains his ultimate objective and the essential objective of his government. 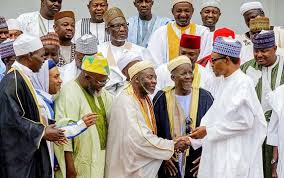 The President made this know on Friday April 27, 2018 while receiving a delegation of the Tijjaniya Movement led by Sheikh Muhammadu Mahi Ibrahim Inyass at the Presidential Villa, Abuja.

President Buhari commended Tijjaniya Movement for their peaceful disposition of their annual convention and urged them to bring the same to bear in promoting peace, unity and inter-religious harmony in Nigeria.

His waords; ‘‘I will continue to do everything within my powers to unite Nigeria.’’

President Buhari applauded the group for helping the government in it will to ensure social, economic and physical development, adding that the group is doing this by encouraging discipline, unity and spirituality among its members.

NAN reports that while reiterating his remarks on Thursday at the palace of Emir of Bauchi, Alhaji Rilwanu Adamu, after he was presented with the Holy Quran, the President said the gift of Holy Quran was the highest anyone could receive and “a reminder to seek and uphold justice in the service of the nation.”

Sheikh Muhammadu Mahi Ibrahim Inyass, the group’s leader in his remark,  told the President that members of the group would continue to support and appreciate his ‘‘noble agenda for the benefit of all Nigerians.’’

“It has never been easy. Even our Holy Prophet (SWA) was never totally accepted in his lifetime. It was only after he had long gone, people saw the wisdom in his preaching and sacrifices. We, therefore, urge you not to relent in your efforts.

‘‘Therefore, it is pertinent for you to note, Your Excellency, that majority of us are with your government and would ensure a total support for you in your effort to return Nigeria to the path of greater progress and development,” he said.

Sheikh Inyass said further that the group believe that elected leaders must be accountable, corruptible and God fearing. 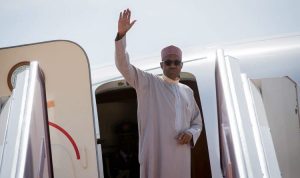 In another development, President Muhammadu Buhari is away for a working visit to the United State to honour the invitation of President Donald Trump.

The President’s Special Adviser on Media and Publicity, Mr Femi Adesina in a statement in Abuja on Friday Friday April 27, 2018 disclosed that Buhari while in America would hold bilateral meeting with President Trump and a working lunch on April 30.

Adesina said that the meeting would dwell on strategic partnership between the two countries, saying, ‘‘the meeting would also advance shared priorities, such as: promoting economic growth, fighting terrorism and other threats to peace and security.

“The meeting will further deepen the US-Nigeria relationship as the United States considers Nigeria’s economic growth, security and leadership in Africa to be critical aspects of their strategic partnership.

“Later in the day, President Buhari will meet with a group of business persons in agriculture and agro-processing, dairy and animal husbandry,’’ he posited.

Adesina added that meetings between senior Nigerian Government officials and executives of major US companies in the areas of agriculture, aviation and transportation during the sideline of Buhari’s meeting with US president.

He stated further that in the area of aviation, the Nigerian officials would be meeting with Boeing, the largest aircraft manufacturer in the world, on the National Carrier Project.

The presidential aide said: “On agriculture, they will meet with large equipment manufacturers with focus on harvesting and post harvesting equipment.

“In the area of transportation, the officials will meet with the GE-led consortium for the implementation of the interim phase of the narrow gauge rail concession.

“In the interim phase, a substantive concession agreement will be negotiated and finalized to provide the consortium the opportunity to invest an estimated $2bn, to modernize the rail line from Lagos to Kano (Western Line) and from Port Harcourt to Maiduguri (Eastern Line). 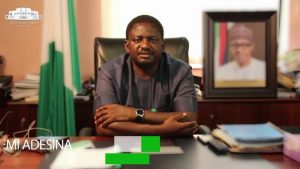 “During the meeting, the concession framework and the interim phase framework agreements are expected to be signed.’’