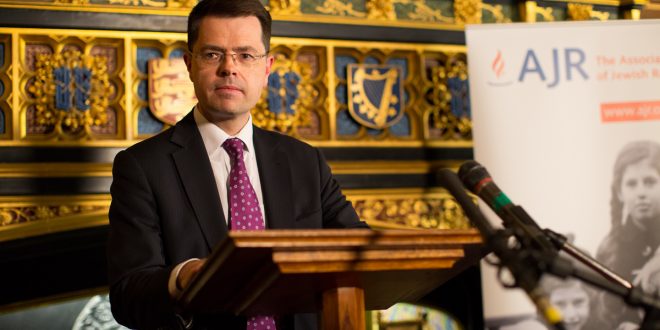 United Kingdom Communities Secretary, Rt Hon James Brokenshire MP on Monday announced that, Private landlords in the country will no longer be able to evict tenants from their homes at short notice and without good reason, in the biggest change to the private rental sector for a generation.

As part of a complete overhaul of the sector, according to document obtained from Ministry of Housing, Communities & Local Government, the government has outlined plans to consult on new legislation to abolish Section 21 evictions – so called ‘no-fault’ evictions.

This, the document stated will bring an end to private landlords uprooting tenants from their homes with as little as 8 weeks’ notice after the fixed-term contract has come to an end.

It stated further: “This will effectively create open-ended tenancies, bringing greater peace of mind to millions of families who live in rented accommodation. Many tenants live with the worry of being evicted at short notice or continue to live in poor accommodation for fear they will be asked to leave if they complain about problems with their home.

“It will give them the reassurance that they will not be suddenly turfed out of their home and reduces the risk of being faced with having nowhere else to go. And evidence shows that the end of tenancies through the Section 21 process is one of the biggest causes of family homelessness.

“The private rented sector has grown rapidly over recent years, with more than 4 million people now living in privately rented accommodation – the vast majority of whom are responsible tenants who pay their rent on time and take good care of the property. Yet the housing market has not kept pace with the changes in society and leaves many tenants feeling insecure.

“The proposed measures will provide greater certainty for tenants and make the housing market fit for the 21st century, whilst creating a more secure rental market for landlords in which to remain and invest.

Prime Minister Theresa May commenting on the development said: “Everyone renting in the private sector has the right to feel secure in their home, settled in their community and able to plan for the future with confidence.

“But millions of responsible tenants could still be uprooted by their landlord with little notice, and often little justification.

“This is wrong – and today we’re acting by preventing these unfair evictions. Landlords will still be able to end tenancies where they have legitimate reasons to do so, but they will no longer be able to unexpectedly evict families with only 8 weeks’ notice.

“This important step will not only protect tenants from unethical behaviour, but also give them the long-term certainty and the peace of mind they deserve”.

Communities Secretary, Rt Hon James Brokenshire MP, said: “By abolishing these kinds of evictions, every single person living in the private rented sector will be empowered to make the right housing choice for themselves – not have it made for them. And this will be balanced by ensuring responsible landlords can get their property back where they have proper reason to do so.

“We are making the biggest change to the private rental sector in a generation. We are creating homes, opportunities and thriving communities, where people can come together and put down roots, bound by a strong sense of belonging.

“Everyone has a right to the opportunities they need to build a better life. For many, this means having the security and stability to make a place truly feel like home without the fear of being evicted at a moments’ notice. We are building a fairer housing market that truly works for everyone”.

The vast majority of landlords, the document pointed out, are responsible property owners who provide quality homes and services for their tenants.

Under the proposals, landlords will have to provide a concrete, evidenced reason already specified in law for bringing tenancies to an end a marked step-change from the current rules which allows landlords to evict tenants at any time after the fixed-term contract has come to an end, and without specifying a reason.

And to ensure responsible landlords have confidence they will be able to end tenancies where they have legitimate reason to do so, ministers will amend the Section 8 eviction process, so property owners are able to regain their home should they wish to sell it or move into it.

Court processes will also be expedited so landlords are able to swiftly and smoothly regain their property in the rare event of tenants falling into rent arrears or damaging the property – meaning landlords have the security of knowing disputes will be resolved quickly.

Ministers will also work with other types of housing providers outside of the private rented sector who use these powers and use the consultation to make sure the new system works effectively.

Monday April 15, 2019 announcement is the start of a process of engaging with landlords and tenants to amend these grounds in order to make the process work better for everyone.

The news comes just weeks before the Tenant Fees Act takes effect on 1 June, which will save tenants across England at least £240 million a year – up to £70 per household – by banning unfair letting fees and capping tenancy deposits at 5 weeks’ rent.

The new deal for renters is part of a wider package of government reforms aimed at rebalancing the relationship between tenants and landlords to deliver a fairer, better quality and more affordable private rental market.

Further information as revealed in the document are as follows:

“The government will shortly launch a new consultation on proposals to remove the ability of landlords to use ‘no fault’ evictions under Section 21 of the 1988 Housing Act.

“The government will collaborate with and listen to tenants, landlords and others in the private rented sector to develop a new deal for renting.

“The government has today(Monday) published its response to its consultation on Overcoming the barriers to longer tenancies in the private rented sector.

“The government committed to consult on overcoming the barriers to longer tenancies in the private rented sector in the 2017 Autumn Budget. The consultation ran for 8 weeks and closed in August 2018.

“In October 2017, the then Secretary of State committed to consult the Judiciary on whether to introduce a new specialist Housing Court.

“We recently ran a call for evidence to better understand and improve the experience of people using courts and tribunal services in property cases, including considering the case for a specialist Housing Court.

“This ran from 13 November 2018 to 22 January 2019. We are currently analysing the responses and will be publishing our response in due course.

“The 2016 to 2017 English Housing Survey private rented sector report found 9% of renters had been in arrears in the last 12 months.

“Ministers will also work with other types of housing providers outside of the private rented sector who use these powers and use the consultation to make sure the new system works for them”.