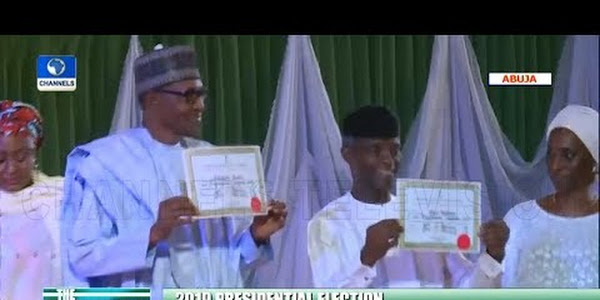 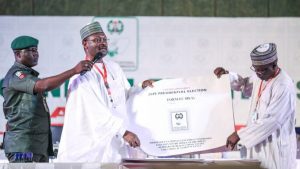 The United `Kingdom Government has confirmed that the results of the presidential election as released by the Independent National Electoral Commission (INEC) were authentic.

British Minister of State for Africa, Harriet Baldwin said the results were consistent with the results obtained through the civil society Parallel Vote Tabulation process.

“Along with our international partners, the UK believes the Nigerian people can have confidence in the result,” she said.

But the PDP agent at the collation centre declined to sign the results and later Atiku also rejected the verdict and said he would challenge it in the court. In a press conference on Wednesday, Atiku ramped up the rejection by raising issues of ‘statistical impossibility’ about the results in some states of Nigeria.

The statement by the British minister was the first authentication of INEC result.

“I offer my congratulations to President Buhari on securing a second term as the Nigerian     President”, she said in a statement released by the British High Commission in Abuja.

“The UK is a long-standing friend and partner of Nigeria and the Nigerian people and a stable and prosperous Nigeria benefits Africa and the world.”

Baldwin commended Nigerians for their resilience and commitment to democracy.

She, however, recognised the concerns expressed by Nigerians on the conduct of the electoral process, in particular logistics and results collation, and reports of intimidation of electoral officers.

The minister urged any party or individual who wished to challenge the process to do so peacefully and through the appropriate legal channel.

“We encourage Nigerian authorities to examine all allegations of wrongdoing carefully, and take the necessary action against individuals found responsible’’.

She also condoled with the families and friends of those who lost their lives in election-related violence.

“No one should die in the exercise of their democratic rights,” she stated.

She reiterated the continued support of the UK Government to Nigeria and its civil society “in drawing lessons from these elections and strengthening its democracy”.