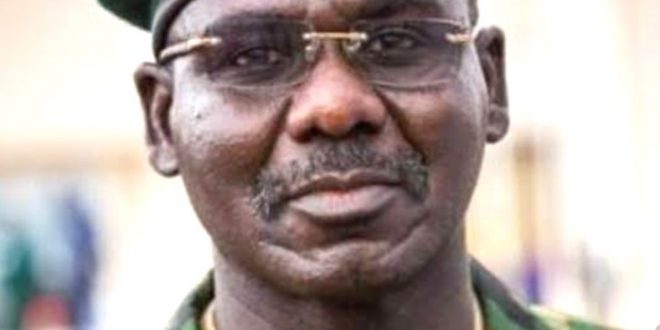 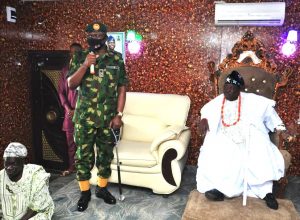 Lt.-Gen. Buratai who was ably represented by the General Officer Commanding 2 Division of the Nigerian Army, Maj. Gen. A.B. Omozoje commissioned a modern borehole to ease the hardship of the communities of the area.

According to a release signed and made available to the media by the Deputy Director, Army Public Relations, 2nd Division, Nigerian Arny, Col. Hassan Ifijeh Mohammed, “This borehole is a special intervention project provided by the Chief of Army Staff to help our people out of hardship of scarcity of portable water in Saki” 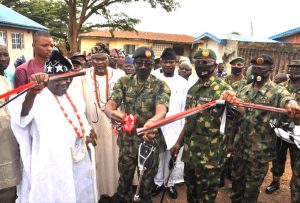 The projects, he noted was one of several project contributions of the Chief of Army Staff, Lieutenant General Buratai’s Nigerian Army non-kinetic line of operations, saying, “the provision of essential amenities are targeted to winning hearts and minds, and also to ease hardship in the communities.”

Other projects commissioned by representative of the Chief of Army Staff, Maj Gen AB Omozoje include 7 newly renovated Corporal-Below Blocks of Accommodation at the Corporals-Below Quarters, 4 newly issued Toyota Hilux, 1 Toyota Medical Field Ambulance and 7 Motorcycles and a Remodeled Quarter-Guard, at the Asabari Barracks, Saki. 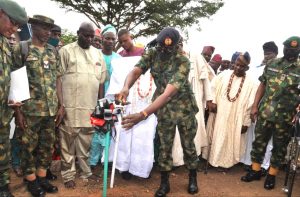 Appreciating the laudable efforts of Lt.-Gen. Buratai, the Okere of Sakiland, Oba Kaleed Oyeniyi Olabisi thanked the Chief of Army Staff and his men for the projects. He prayed that God continued to guide and protect them.

It will be recalled that there’s scarcity of portable drinking water in Saki area of Oyo state.

The ceremony was attended by the Okere of Sakiland and members of his council of chiefs, military and paramilitary officers both serving and retired, members of the Nigerian Army Officers Wives Association, 244 Recce Battalion Chapter, Saki, among others. 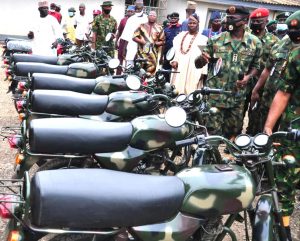 The Representative of the Chief of Army Staff, Maj Gen A.B. Omozoje in his remarks expressed appreciation to His Royal Majesty Okere of Sakiland and the people of Saki for been supportive to the Nigerian Army.

He promised to pass their goodwill messages to the Chief of Army Staff while he advised the troops in the area to remain loyal and apolitical to the Nigerian Army. He urged them to judiciously use the new facilities provided for them. 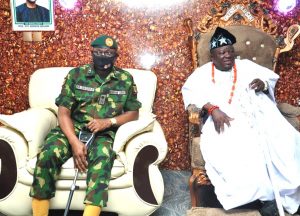 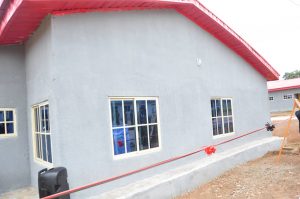 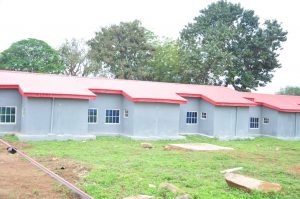 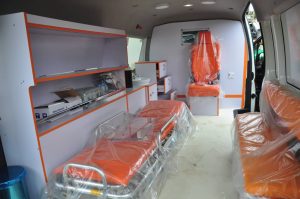 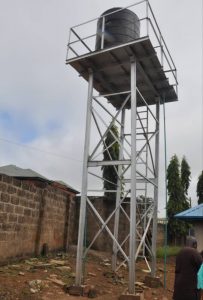 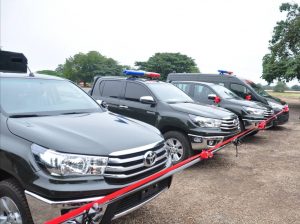 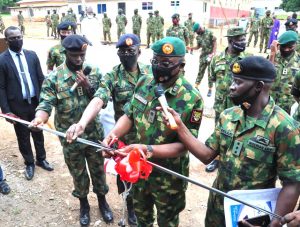 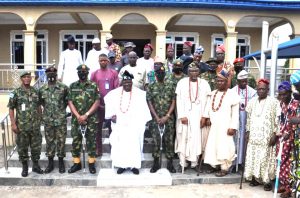 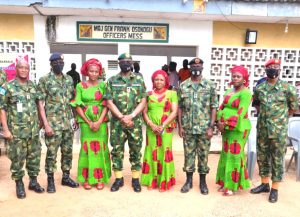 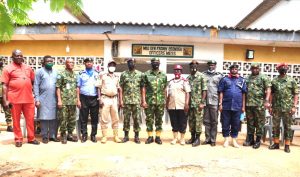