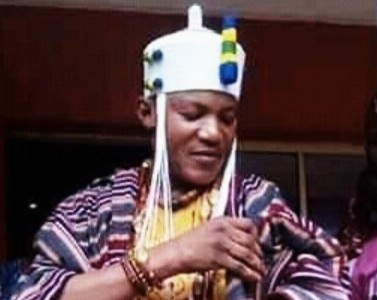 Triple A Describes Obaladi of Afon’s Death, A Huge Loss To Ogun West

AGOSASA: The second runner-ip at the last governorship election in Ogun State and the governorship candidate of APM, Hon.Abdulkabir Adekunle Akinlade has described the sudden death of Oba Busari Adelere Adetona (Orimadegun III), the Obaladi of Afon in Imeko/Avon Local Government area of Ogun state as a huge loss, to Ogun West.

According to a release e-signed by Hon.Adekunle Akinlade and made available on Saturday, July 11, 2020 to StarTrend Int’l magazine & www.startrendinternational.com by Triple A Media Office, Akilade said, “While we are yet to bear the loss of Olu – Imasayi who joined his ancestors two days ago, we were hit by the sad news of the demise of another revered leader in Yewaland – Oba Busari Adelere Adetona (Orimadegun III), the Obaladi of Afon.

“It is sad that Oba Busari Adelere left the world when his experience, advocacy, vibrancy and sincere leadership are most required for the actualisation of Ogun West agenda.”

Triple A as he is fondly called by his teeming supporters was of thevopinion that Orimadegun III lived a fruitful life which is worthy of emulation, saying, “Though he submitted to the cold hands of death at 62, yet his legacies are obvious; especially with the peaceful and unprecedented progress the Afon kingdom witnessed under his watch.

“I prayed that Almighty God grant him eternal rest, provide succour and comfort to his family, the good people of Afon, Yewaland and all Ogun Westerners.”